Part 2 in our advertising and marketing series and we begin again with MadMen. For those of you that don’ know (and you should, if you’re looking to pass some time in lockdown 3.0), it was the glorified and glamorous world of 1960s advertising tycoons which became the spectacle of a show that ran over seven series. Influence, power and weighty authority; delivering premium promotions for some the most coveted New York clients. Donald Draper and team were the on-screen version of their real-life contemporaries: equally assured that both industry and professionals were reaching their pinnacle. What neither party – fictional or actual – anticipated, was the digital boom. And as the series crescendos in 2007, so too does the expansion of a skillset still growing today: the countless facets of advertising and marketing. 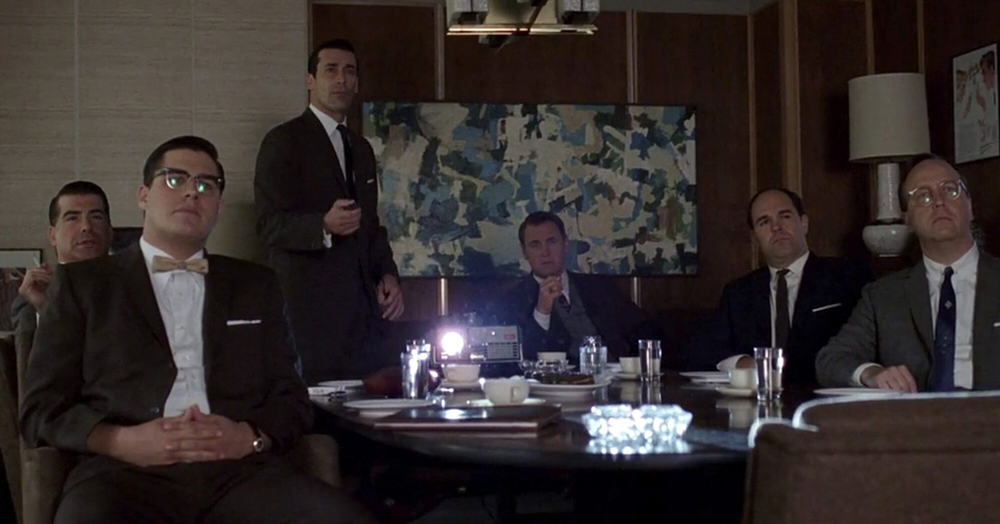 In a world where job titles for in-house marketing teams can span everything from Data Science Lead to Bid Manager, from Animator to Paid Search Specialist, it’s not surprising that only the brands with the biggest budgets are able to complete a full roll call. And whilst it’s likely that some of these specialist roles aren’t necessary for the everyday operations and deliverables of most marketing departments, it’s in marketing project work and advertising campaigns, where teams could benefit from having some extra tools in their arsenal. Thankfully, there are other ways to give some expertise, knack and flair without adding expensive heads to wage slips.

Support from an agency is sometimes thought of as standalone. An illustration for this, a video for that – delivered, signed-off, passed over, missing the crucial what, where, why, and how that guides a campaign through from conception to creation, to consumer conversion. But in fact, the reality of agencies is now much closer to the latter description. Rising demand from in-house marketing departments, strained themselves to deliver everything from captivating creative to channel optimisation, has meant that advertising and creative agencies are now much more equipped to provide the missing skillset to brands looking for specific support. And with ‘Content Marketing Strategy’ the most searched-for query relating to content marketing (SEMRush, 2019), it’s clear that the requirement to compete involves creative thinking that crosses a great number of touch points to culminate in the delivery of full, complete and highly effective marketing omni-channel campaigns.

With the benefit of a fresh pair of eyes, third-party advertising and creative agencies work like a tag team with their clients, adopting the initial idea for a product launch or new initiative, and inputting the right ingredients to really make it grow – to give it legs. Specialist knowledge, relevant experience, technical skillset, partnership connections, market research, workshops, and even simple luxuries like dedicated time and space to focus on the project in isolation, without the distractions of the other every day deliverables an in-house team are responsible for, are all benefits offered by agency outsourcing. And insight from 2019 certainly supports that statement, with 59% of B2B companies choosing to work with a marketing agency, rather than hiring a dedicated in-house team (Statista, 2019).

Take Broadband Genie; they approached the team at Glorious looking to launch their first large scale advertising campaign. As an independent UK comparison service for home broadband, the client required a revamp to their creative (one which was cleverly informed by consumer insight), along with the right connections for the delivery of an offline, but integrated campaign. By choosing an agency to work on the entire project rather than just parts of it, Broadband Genie was able to utilise the full scope of our know-how and our industry network. 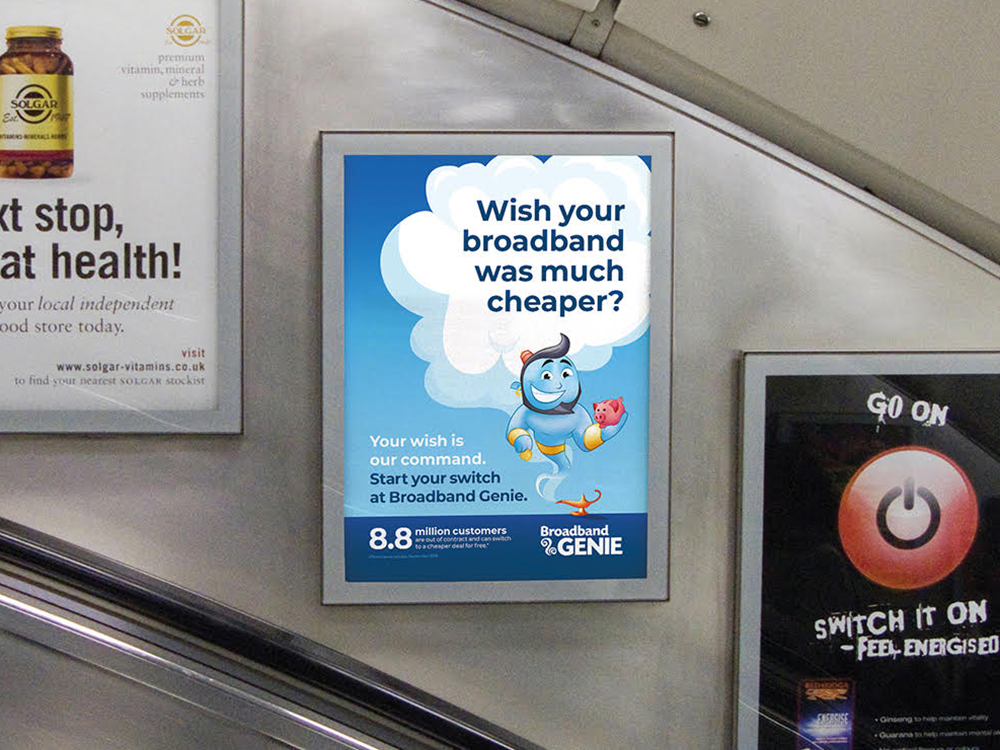 The initial work was dedicated to research – another luxury often not afforded to in-house teams who are time pushed – working with consumers in workshops and analysing online search data to properly understand the pain points involved in choosing a broadband provider. This information pivoted into the campaign visuals and creatives where advertising messaging answered the consumer sticking points unearthed in the research: price, speed, reliability and ease of switching. Once ready to go to work, the promotional posters were distributed across some of central London’s busiest tube stations, prime advertising space secured by our partners at Rock Soup Media. A comprehensive, all-inclusive brand campaign delivered to brief hinged on research but with consumer connection at its core.

There are also instances where companies are looking for less-tangible benefits of working with agencies, alongside the more obvious tangible ones. Sensitive subjects need to be broached with all the experience and tact of teams who have delivered clever and conscious campaigns, without the risk of crassness and misinterpretation. This was the case for a campaign commissioned by the Greater Manchester Health and Social Care Partnership (GMHSCP), supported by the Mayor of Greater Manchester Andy Burnham and partners including the NHS, councils, emergency services, Armed Forces’ veterans and voluntary groups, focused on raising awareness of Greater Manchester’s suicide prevention programme. Combining research and insight gained from invaluable and humbling workshops, held with people from the most at-risk groups, the Glorious team developed a well thought out and deliberate campaign proposition, ‘Shining a light on suicide’.

The messaging, developed out of research and insight, addressed how openness, and more specifically, talking, is the greatest intervention in supporting those considering suicide. This kinetic tagline moved across the city and its outskirts: Salford Lads Club, the Imperial War Museum, Wigan Rugby League Stadium, and AXIS – one of the city’s tallest buildings, all key locations scouted by us and our photography partner Leigh & Isy Anderson as key places of influence for the campaign and ultimately to hinge messaging that would remove the stigma associated with talking about suicide. A suite of emotive yet captivating films were created by our video and animation partners DoodleDo motion, which spotlighted personal stories from people affected by suicide. An extensive toolkit of printed materials and social content was designed, equipping NHS partners, social media influencers and our partner PR team Roland Dransfield alike with the resources needed to carry the voice of the campaign across all 10 boroughs. The campaign drew attention from key stakeholders and influential figures in the community too, galvanising them into action, to speak up and affect change, from Sasha Lord to Dave Haslam, through to thousands of powerful micro-conversations and stories of suicide surfaced by the GM public. The campaign had the highest digital reach and engagement of any GMHSCP campaign, yet was delivered on the smallest budget. Effective, where effectiveness was the metric that mattered the most. 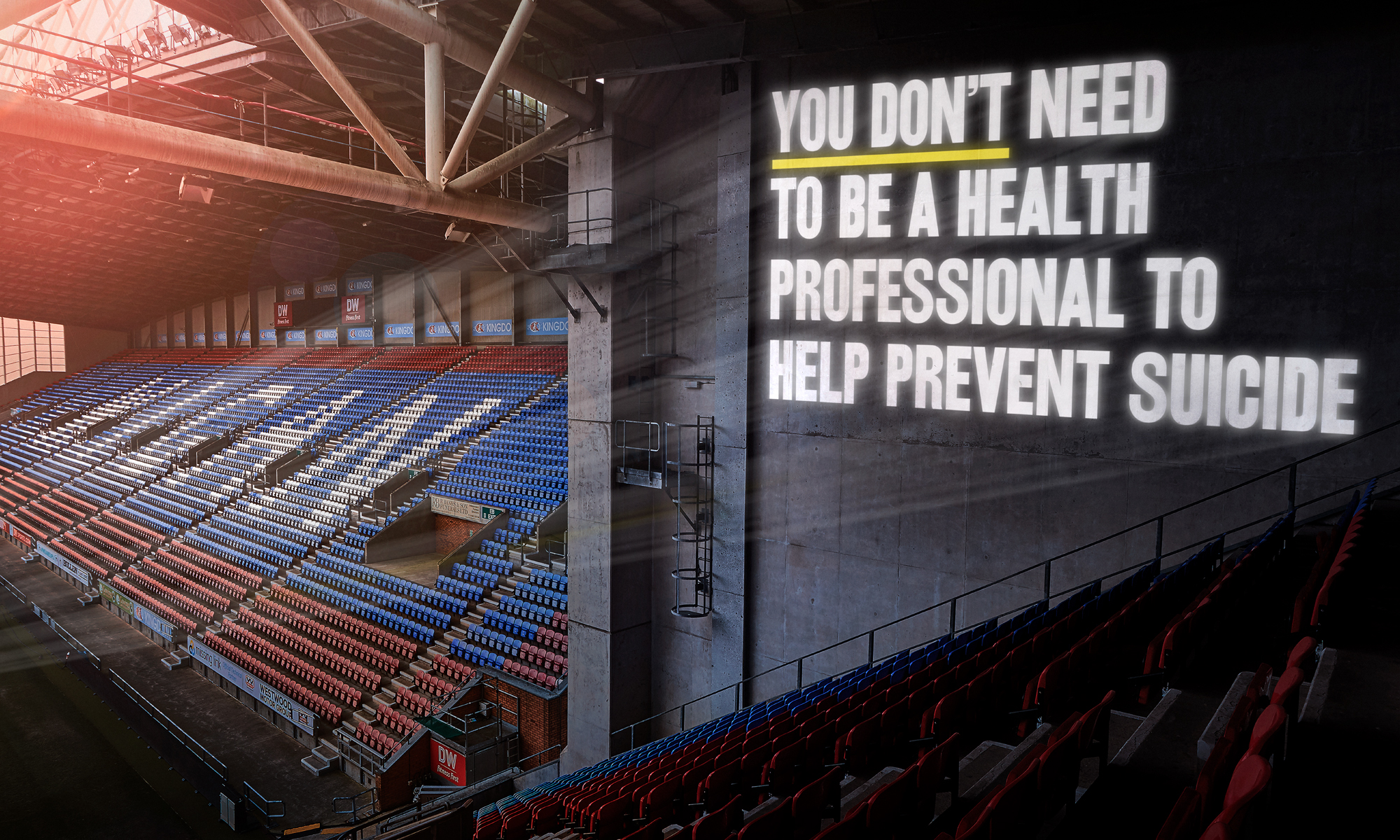 The confidence a third-party team can add to campaigns is instrumental in delivering marketing and advertising campaigns with clout and purpose, attributes in-house teams can shy away from, fearful of being reprimanded by more senior stakeholders with different visions for the brand identity. The power of allowing an agency to fully realise a creative vision, is not only in the concrete building blocks of a campaign – securing advertising space, understanding what format works where – it’s about more than that. It’s a soundboard for ideas, hiring a team of people who have been there and done it, who can anticipate the pain points: pitch, convince, galvanise a business into understanding why a direction has been chosen and why it will work – using everything from consumer insight and data, to old-fashioned energy and enthusiasm emulate that smoky office high up in the New York skyscraper where only the best ideas were formed.

So rather that stretch an already stretched workforce, rather than make an advertising campaign or marketing project feel like an inconvenience no one has time for, there are ways to inject life, legs and longevity into an idea. Exploit the best creative partners in Manchester, with 18 years of experience in research, copy writing, photography, video, animation, PR, social and creative strategy. Opt to hire a new way of thinking and albeit temporary, it’s likely you and your team will feel the effects in a much more permanent sort of way.

Need help with your next big campaign idea?

Find out how we can support.