‘When I grow up, I want to work in advertising…’

It’s likely a statement that has been absent from the pondering ambitions of school children and gooey-eyed college graduates since shows like Mad Men rounded off their final episode. Pulling the curtain on the world of advertising as a spectator sport, when wonderfully satisfying, arched narratives followed a pitch right through to the poster.

Back then storytelling ruled the advertising real estate of airwaves and highways, when ideas were the bread and butter of selling, when the question asked was ‘how do we make this product mean something to someone, somewhere’, rather than how do we target ‘everything to everyone, everywhere’. That was the magic that mattered, and it’s what sparked the interest of those watching – helped along by the tailored suits and champagne lunches. Yet fast forward to today, and whilst the breadth and depth of marketing skillsets has grown exponentially, have we lost sight of valuing good, creative ideas? 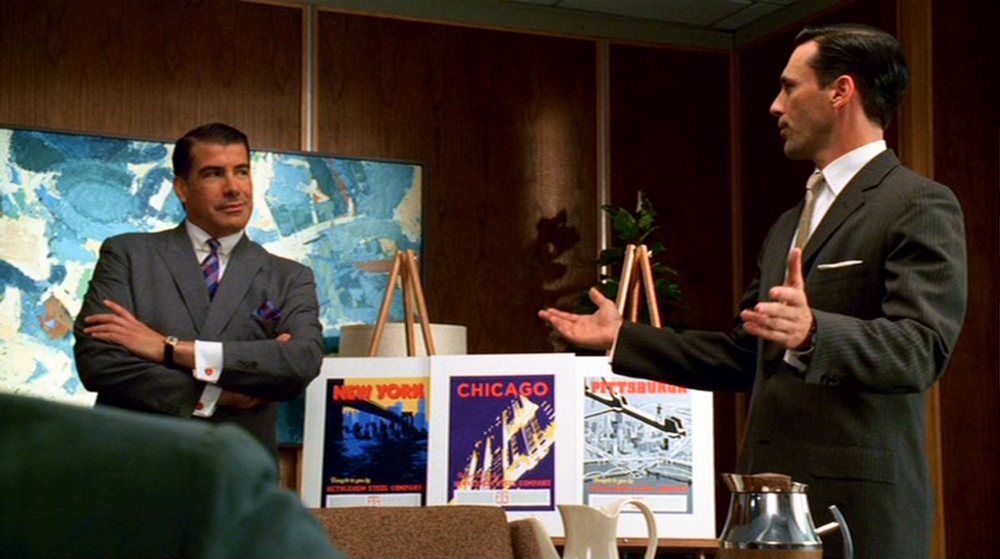 Well, to understand that we’ll need more context, some scene-setting. Twenty-years ago advertising campaigns were as episodic as the series’ that dramatised them: there was a beginning and there was an end. Today’s contemporises have a much more winding trajectory. Now that one in five adults spend more than 40 hours a week online, brands are able to build a virtual map of consumer behaviour, time stamped with every detail, like platform preference and frequency of visits. On the surface, this is all information that can surely guide a marketing campaign to optimal fruition, and yet many brands are opting for a much less scientific approach, and one that can be technically summarised, as a ‘seeing what sticks’.

Whilst many have made the connection that more online touch points must mean more content, production outputs have gone into over-drive, lacking the age-old strategy that links every output back to an original, consistent, clever, idea. Churning out blogs, Facebook posts, video content, endless Instagram stories – all just for the sake of contributing, but contributing to what and with what? That’s the question we need to be asking. It’s like raising your hand to speak before the point you want to make is fully formed, naturally you’ll stumble, waffle, forget why you even started and tangle yourself up in knots, until red-faced and embarrassed you return to your seat. We need to start formulating a plan, thinking carefully again about what we’re saying and more importantly why we’re saying it.

So, what’s the best way of having your brand’s voice heard in the saturated world of digital marketing? And how’s best to dissect the overwhelming amounts of insight and information, to really glean tangible actions in reaching the right audience in the right way? Well it starts with research. If the demographic for your product is high-flyers with second homes on the continent, it’s likely you don’t need to invest resource in developing content for TikTok, and instead better recommended to develop (yes, shockingly old school) advertorial content, which fits nicely into the double page spread of the first-class inflight magazine. Not that we have anything against TikTok of course.

Understanding who your target market is, covering everything from how they behave online, to what sort of tone resonates most, to what influences their purchase decisions, is crucial to developing the right marketing strategy. This thorough research, conducted in workshops, surveys or forums, marks the beginning of your campaign narrative – giving the structure so far missing. From there, we’ve got first-hand insight, quantitative and qualitative data available for analysis, creating the cornerstones of marketing decisions: where, what, when, how, why – in other words, a plot and now we need to colour it in.

Developing the right creative content means each stage of the process must be regularly crosschecked against findings from the research. Take a campaign for a product launch. The benefits of this latest release are listed, outlined as facts, USPs destined for the back of packaging boxes. Content marketing requires pivoting the stats into meaningful messaging that resonates with the right sort of consumer, how will it make them feel, how will it impact their life, why should it matter to them? Coin the idea, root it in the research, and then grow it with focus and vision.

A brand that has executed a textbook content marketing strategy is the unassuming National Rail Service of Germany – Deutsche Bahn. Looking to pitch staycations more favourably than far-flung getaways, Deutsche Bahn developed an algorithm that identified landmarks in Germany that mirrored popular tourist destinations abroad. Turns out Deutschland has its own equivalent for London’s Tower Bridge, the Grand Canyon, New York’s trademark skyline and Brazil’s surfer culture. The creative juxtaposed the national and international sites, and was targeted using behavioural insight gleaned from the online searches of those researching their next holiday destination. The marketing message centred on price, each picture tagged with a label indicating the cost of plane travel compared with that of a train ticket. 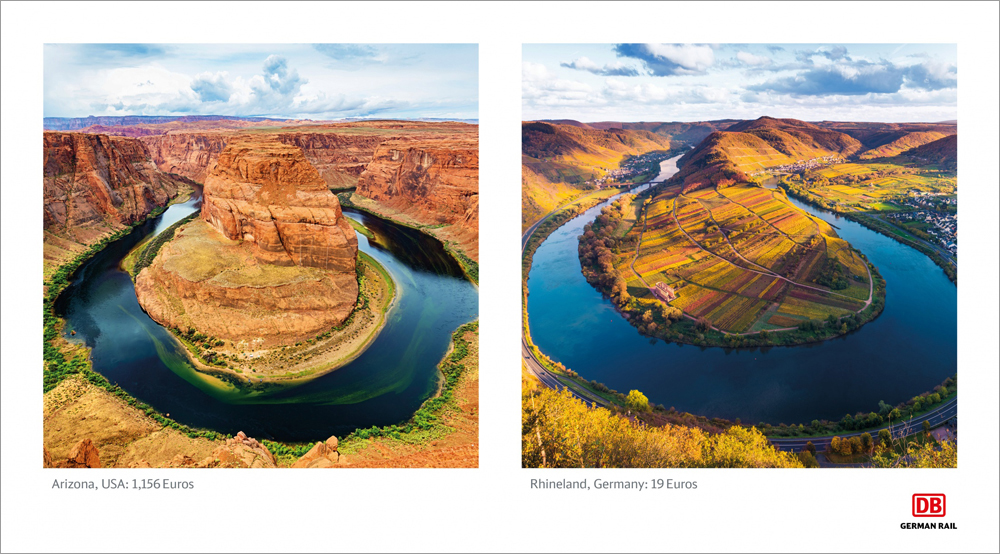 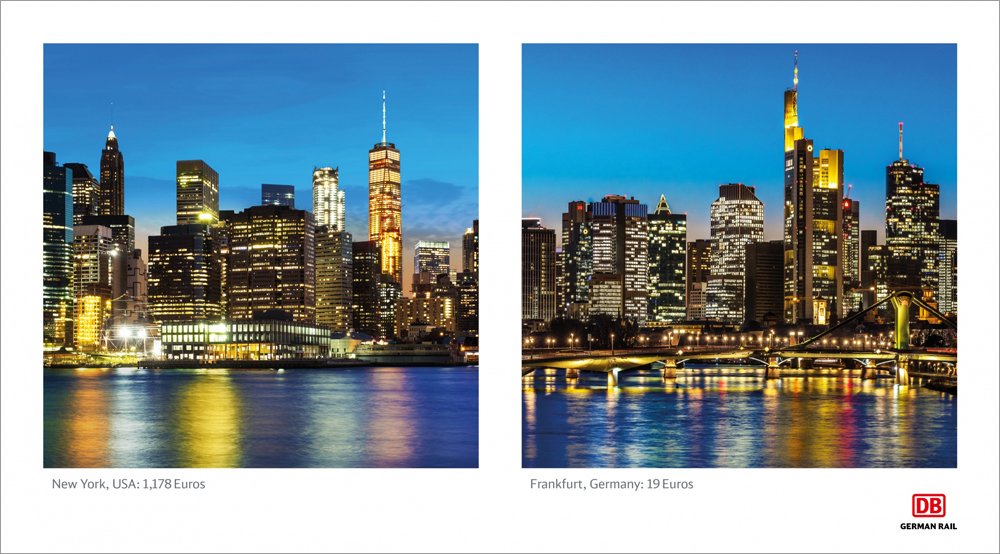 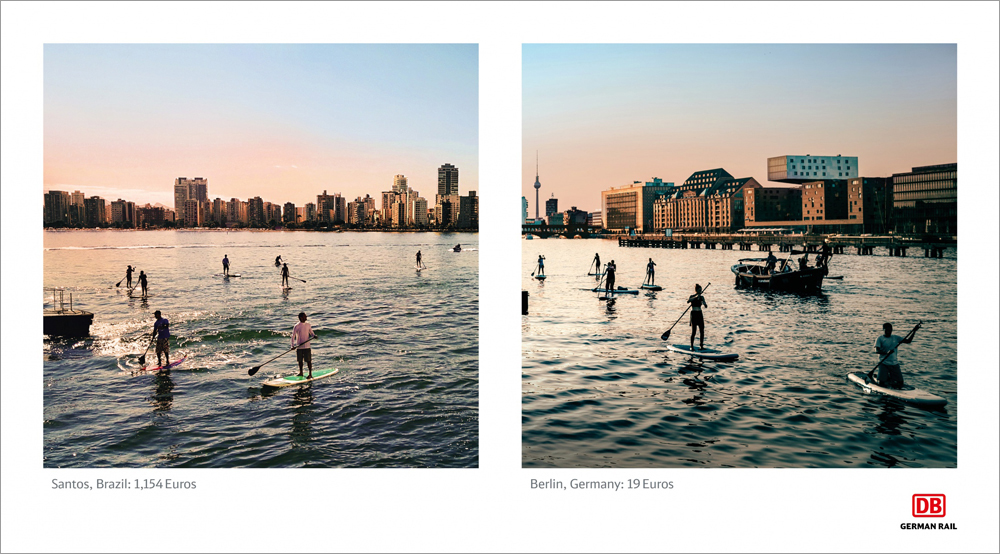 What makes the campaign so clever is the combination of clinical, automated delivery with personalised, creative content. The brand successfully answers a question that wasn’t even being directed at them, in fact quite literally the opposite, but by offering a considered contribution to the conversion – they raise a hand with a smart solution, and the metrics that speak for themselves. The brand saw a 24% increase in revenue directly as a result of serving the right creative content in the right place to the right people – the blueprint of successful marketing and just the sort that might inspire a career choice.

Articulating your idea and understanding how to deliver it in the digital sphere can feel overwhelmingly complicated – but it doesn’t have to be. Make a return to storytelling, and give your campaign the narrative arch it needs to communicate with meaning. The creativity is found in the first chapters, the conception of an idea weighty enough to cross channels and cut through digital noise. Data from Nielsen, which analysed 500 FMCG campaigns in 2016 and 2017, shows creative is responsible for 47% of the sales uplift, ahead of reach (22%), brand (15%) and targeting (9%). Then for the delivery, harnessing technical tools and digital platforms, and understanding them enough to be able to dictate what you want out of them, not what they want out of you. Maximum impact, not output.

The final ingredient needed is time. The luxury to dedicate uninterrupted focus on a campaign for its duration – not as a side line to the many other facets of marketing deliverables but the sole, pinpoint of time and energy. That changes things, it means something has to give, somewhere. And whether that’s another project dropped in-house or this project out-sourced, stakeholders need to accept that the advertising ideas can’t be automated. And it’s for that reason, the creative, impulsive genius found in the minds behind the very best in industry, made the characters of shows like Mad Men, idolised by so many. For the unadulterated creativity of ideas: the very art of it.

So the next time you’re called to a scheduled, run-of-the-mill meeting to discuss the next big advertising campaign, consider spending the hour on ideas, before beginning with budgets, benchmarks and biddable media. Bridge the gap between creativity and consumer-led insight, and create a story to inspire not just your audience, but the future of the industry too.

Need help with your next big campaign idea?

Find out how we can support.