Hexocene offers Cyber Security & Digital Innovation consultancy, primarily to large businesses and corporations. They help their clients with complex and in depth technical issues, focussed around AI and Innovation. The company have a mission to create a world in which technology is safe, secure and beneficial for all. They approached Glorious to create a brand, website and brand collateral which would set them apart in the sector.

The first task for Glorious was the brand name. After a collaborative process with the company’s founder, Jonathan Cauwood, the ‘portmanteau’ name of Hexocene was established which is formed of a combination of the words, Hexagon and Holocene. The first because it’s the shape loved by nature for being the most efficient form, whilst incredibly strong. It creates the beauty of snowflakes, the goodness of honey, the strength of carbon fibre, and the sophisticated eyes of a dragonfly.

The second, Holocene, is the current geological epoch that corresponds with rapid proliferation, growth and the impacts of humanity worldwide, including all of its written history, technological revolutions and development of major civilisations. 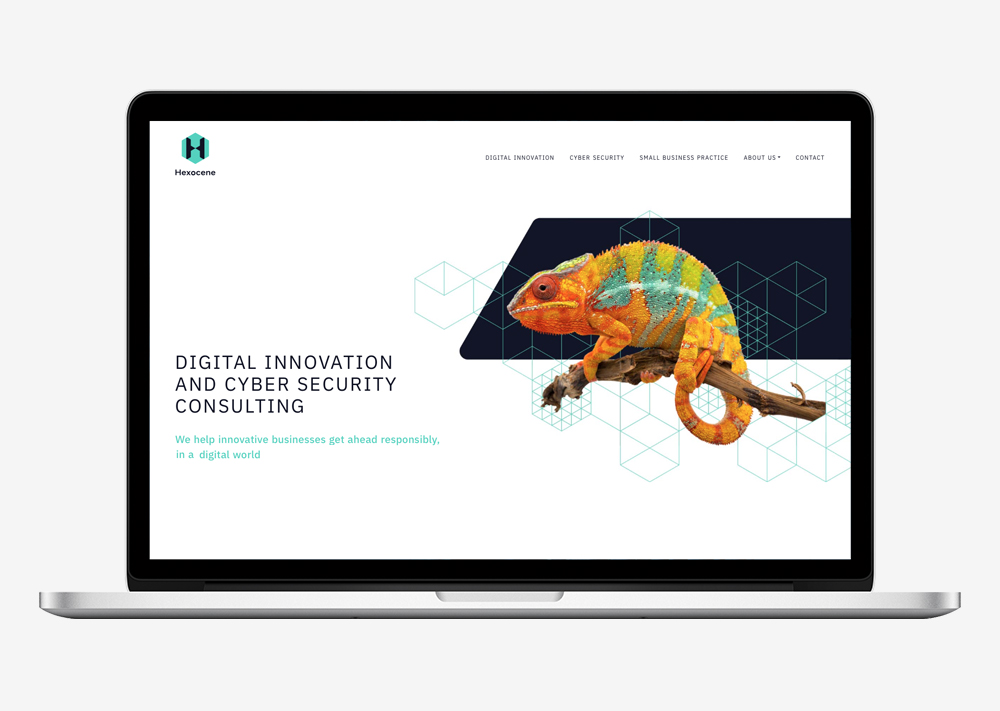 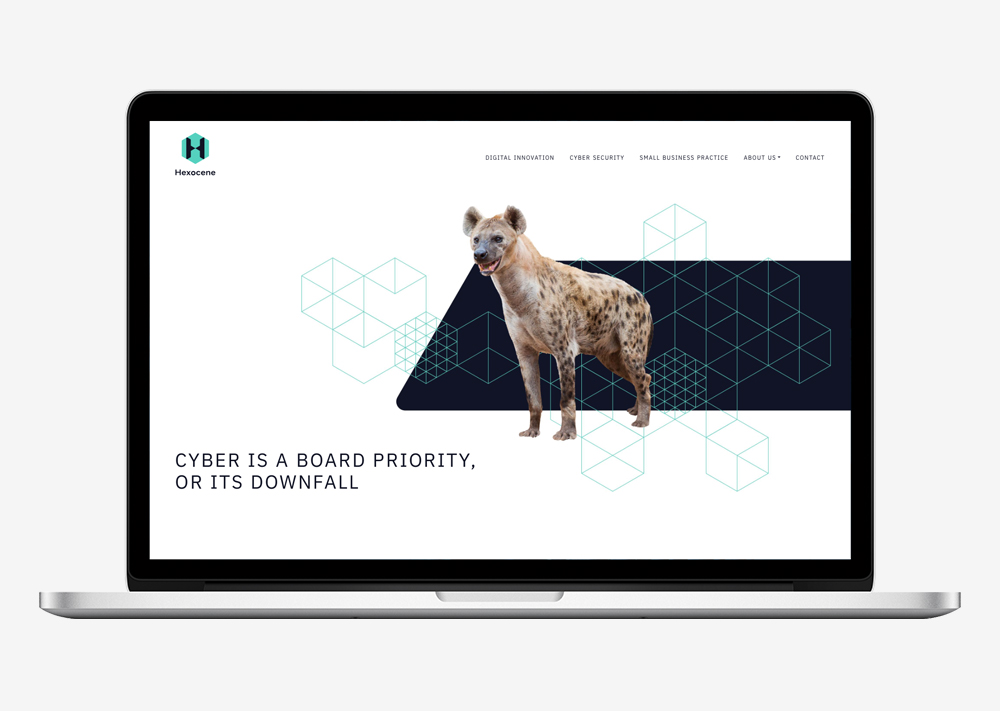 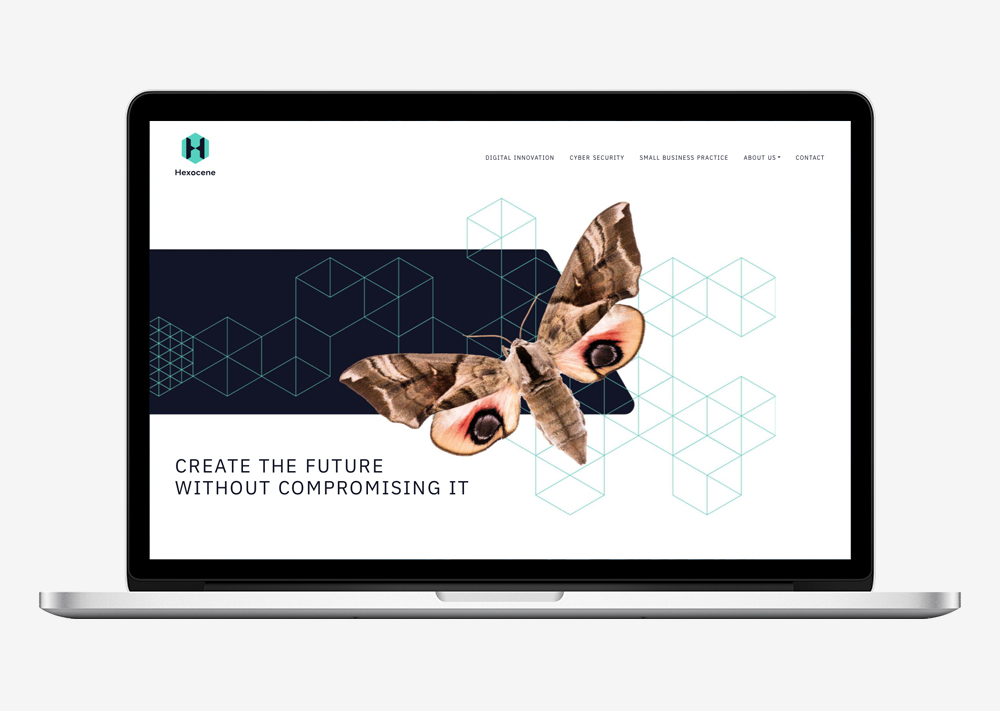 This fusion of the natural world and technology was reinforced within the visual identity of the brand. A pattern of hexagons appears to have grown into place as if a biological or geological form. The website also features striking imagery of various fauna which stand apart from the type of imagery usually on display in this sector.

The chameleon, representing adaptability is seen alongside a hyena, used on the Cyber Security page to demonstrate the danger of attacks and the moth featured in a section concerning Digital Innovation has evolved an innovative protection against potential threats, in the form of a pair of eyes on its wings. 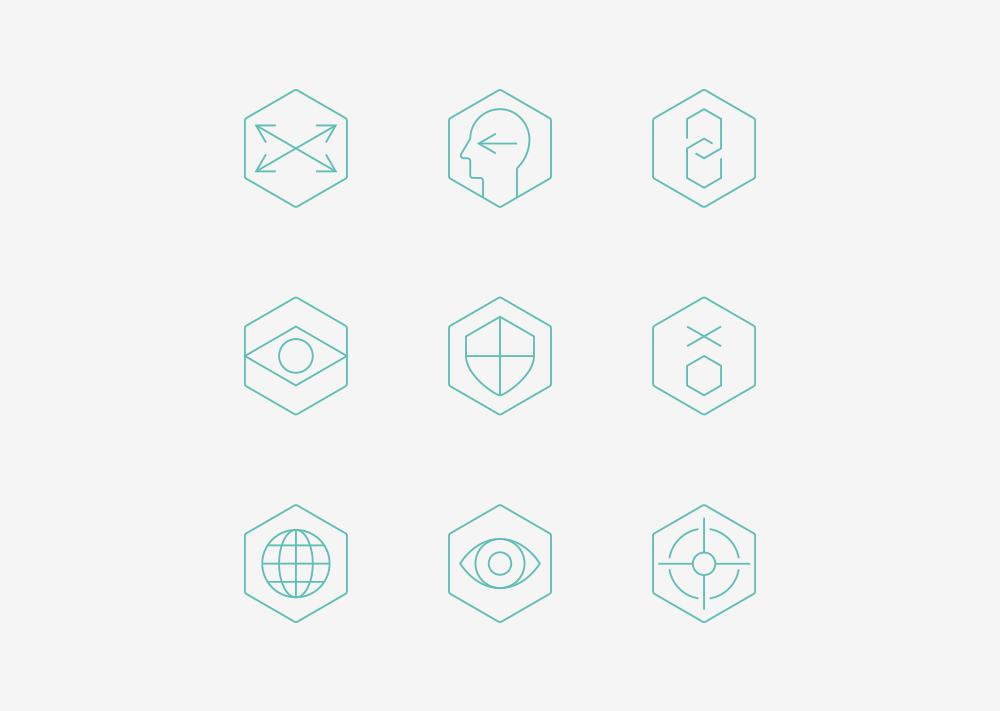 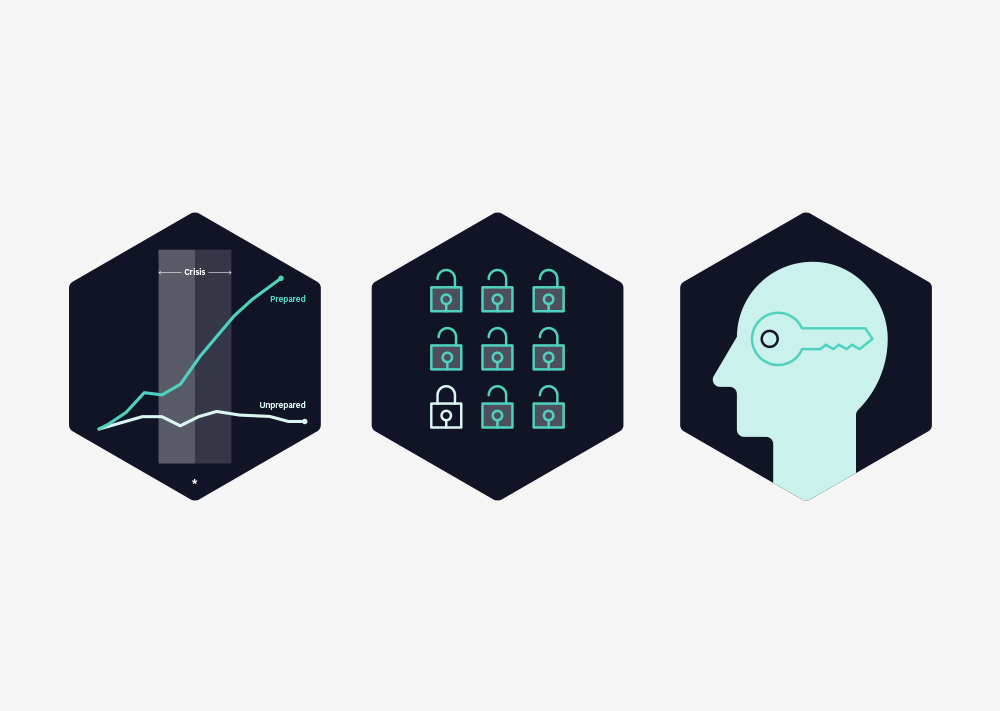 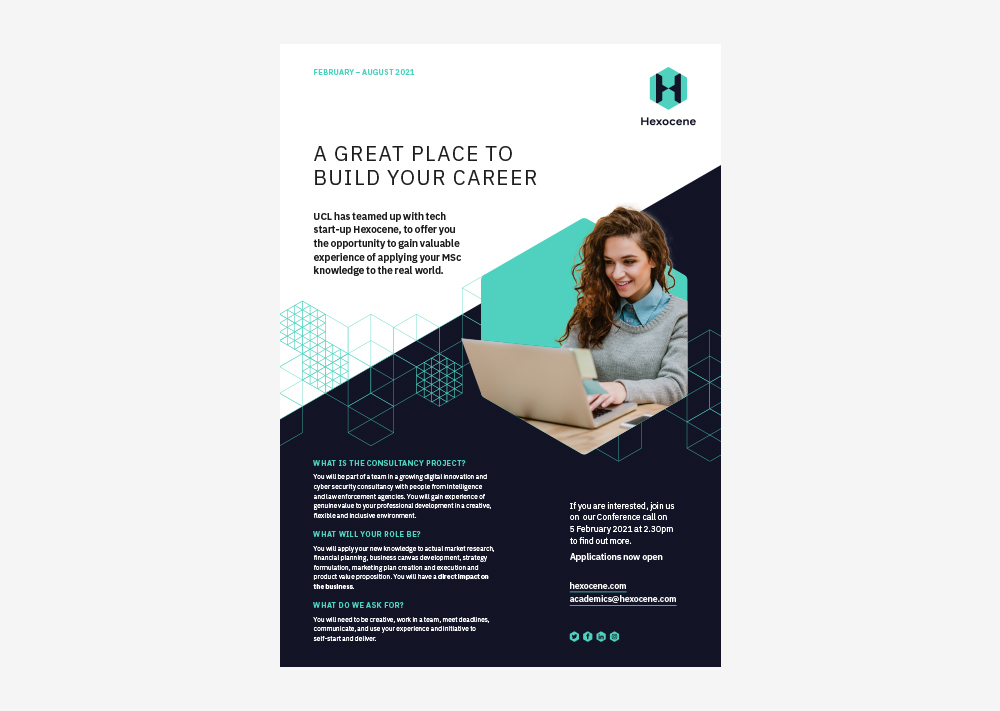 The hexagon shape has been utilised in the smaller details of the visual identity as well. Iconography, illustrations and Social media buttons all leant on this most efficient of forms.

Looking to turn your business into a brand?
Talk to one of our designers today.