The Sage archetype sits among the 12 brand personalities crossed legged, arms bent, raised to ear level, third finger touching thumb: ommm. Wistful and wise the Sage is both student and scholar, open minded to new ideas and different ways of thinking. Yes, they’d consider themselves highbrow. No, they wouldn’t care to admit it.

Picture the 70s most iconic free spirits John Lennon and Yoko Ono – now they’re Sage. Great visionaries, ambassadors for freethinking, growth and charity, they led the (peaceful) protest for a better world. Lennon was quoted to say that in another time he would have been called a philosopher rather than a musician, partly thanks to his belief that humanity has the potential to reach a higher state of consciousness, one where love and respect replaces violence and war. 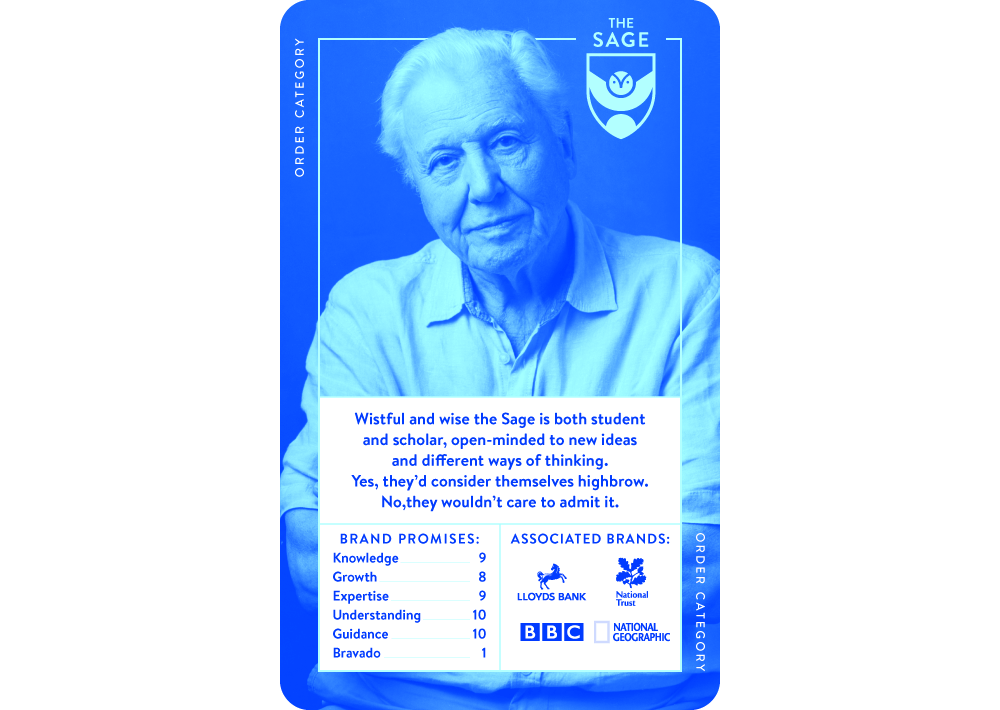 And what about treasured natural historian David Attenborough? Trusted for decades, his words of wisdom have inspired generations of thought on conservation and environmentalism; watched by Baby Boomers and Gen Z’ers alike and with a swathe of honorary degrees and accolades, he is firmly rooted as one of the greatest broadcasters of our time.

At best Sage personalities are wise and well-trusted, articulate and self-aware, at worst they can be idealistic and pedantic. A number of brands have managed to keep to the good side though, with marketing campaigns that tune into truth. The obvious, direct or bolshie ad won’t resonate with an audience who find the intellectual challenge in each bit of content they consume. So if you’re going Sage, give your messages meaning.

Just like Lloyds Bank did when they made their trademark logo the springboard for their advertising. Black stallions galloping in shallow sea water across a white sandy beach, coats almost metallic in the afternoon sun – it doesn’t exactly scream high street bank. But that’s exactly the point; steadfast, loyal and unwavering is their resolute to the customer.  The marketing tagline ‘by your side’ is far subtler than some of their competition, but the message is packed with meaning that transcends more areas of life than just banking. For the Sage, this is exactly the sort of brand ethos to affiliate with. 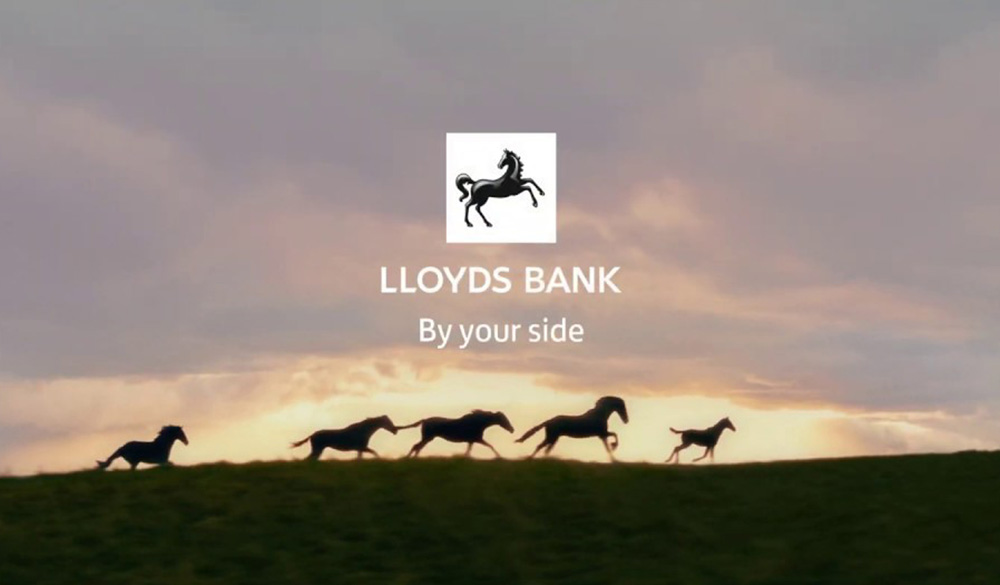 Facebook can have tricky task when it comes to advertising, how to promote a social network platform that often faces criticism for being a contributor to or cause of a number of negatives. Cleverly, Facebook chose to align itself with a Sage brand personality. The campaign crossed both online and offline marketing channels and was simply about Friends; connection, relationships and mutual experience grounded the campaign, to promote Facebook as a vessel for genuine and authentic human interaction. By elevating their message to a place of truth and wisdom, they connected with their audience on a different level, more profound than likes and shares. The lengthy ad was a show real of smiling faces, tear filled eyes and open arms – only apparent in the final seconds that the content belongs to one of the world’s most profitable organisations.

Then you have National Trust and National Geographic – both brands use a language and tone that focuses on a certain truth, discovering a different state of thinking. National Trust asks members to ‘find yourself in nature’ at one of their scenic properties or parks up and down the country. And National Geographic promise ‘we bring you closer’ – the inference being closer to nature yes, but one can also presume closer to yourself? To the truth? Classic Sage. 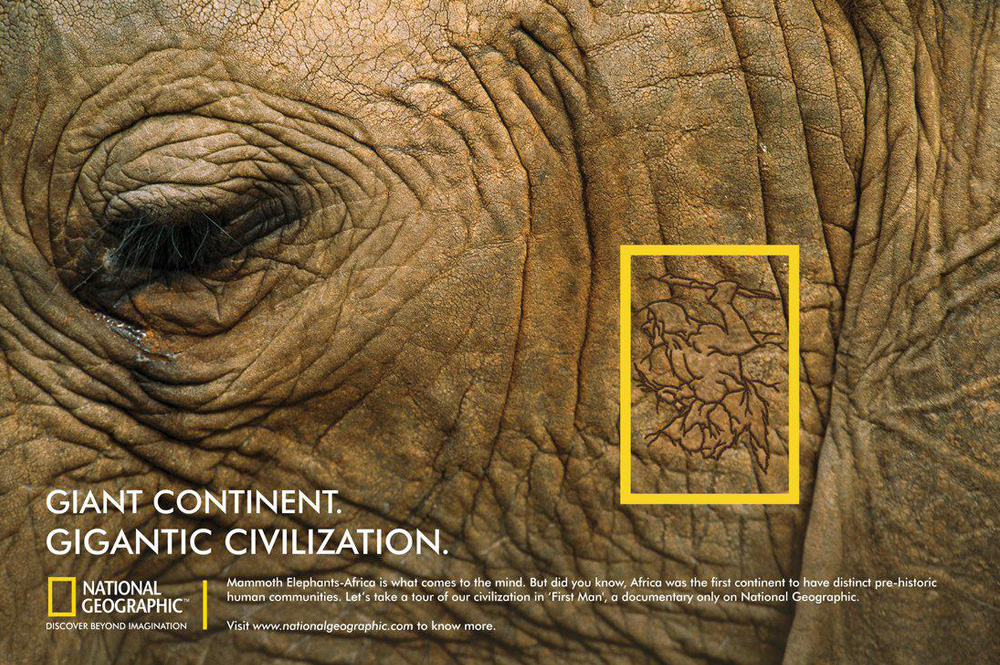 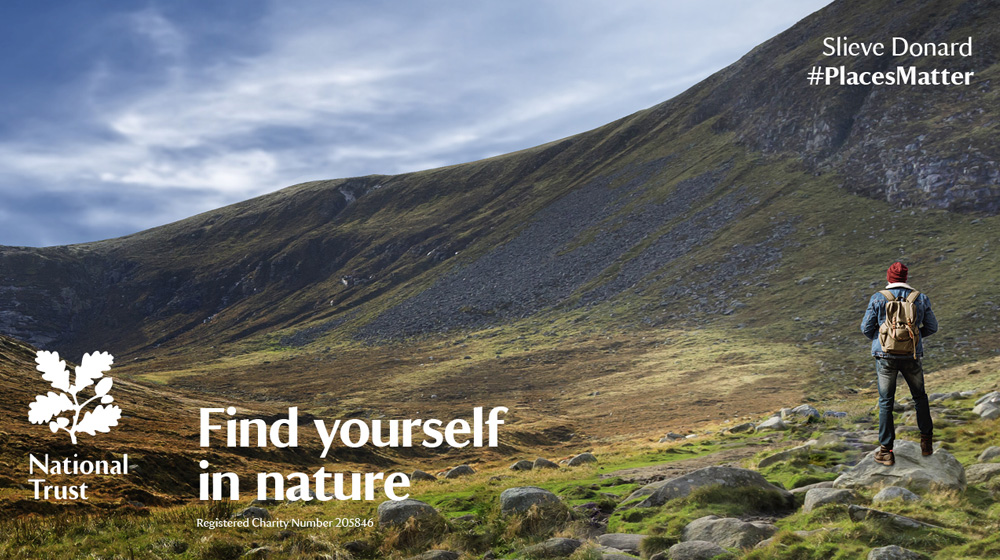 Here at Glorious we have a number of Sage clients in our arsenal. Cornerhouse, an independent cinema and contemporary visual arts centre in Manchester worked with us from 2008 – 2012 when the site merged with the Library Theatre to form HOME. Working to design their quarterly magazine and programme we understood that an audience interested in alternative cinema and art was more likely to be aligned with the Sage personality than any other archetype. Over the four years we used a variety of mediums to cover the publications from photography, illustration, cartoon, typography – each was allowed to dominate the front page without a headline giving away what’s inside; the Sage audience likes to interpret without being told. No spoilers.

Creative England is a creative investor who aims at uncovering, connecting and backing the best original storytellers, driving diversity, collaboration and growth in the creative screen industries. Given they operate in an industry full of visionaries and creatives, it’s only natural that their tone and style would be wise and full of promise. Compared to other investment counterparts, their messaging is uplifting ‘we invest in talented people and their creative ideas […]. From direct investment and loans, to business mentoring; we champion the best ideas of talented people and their businesses.’ We helped them to thread this tone of voice throughout their marketing channels and creative. 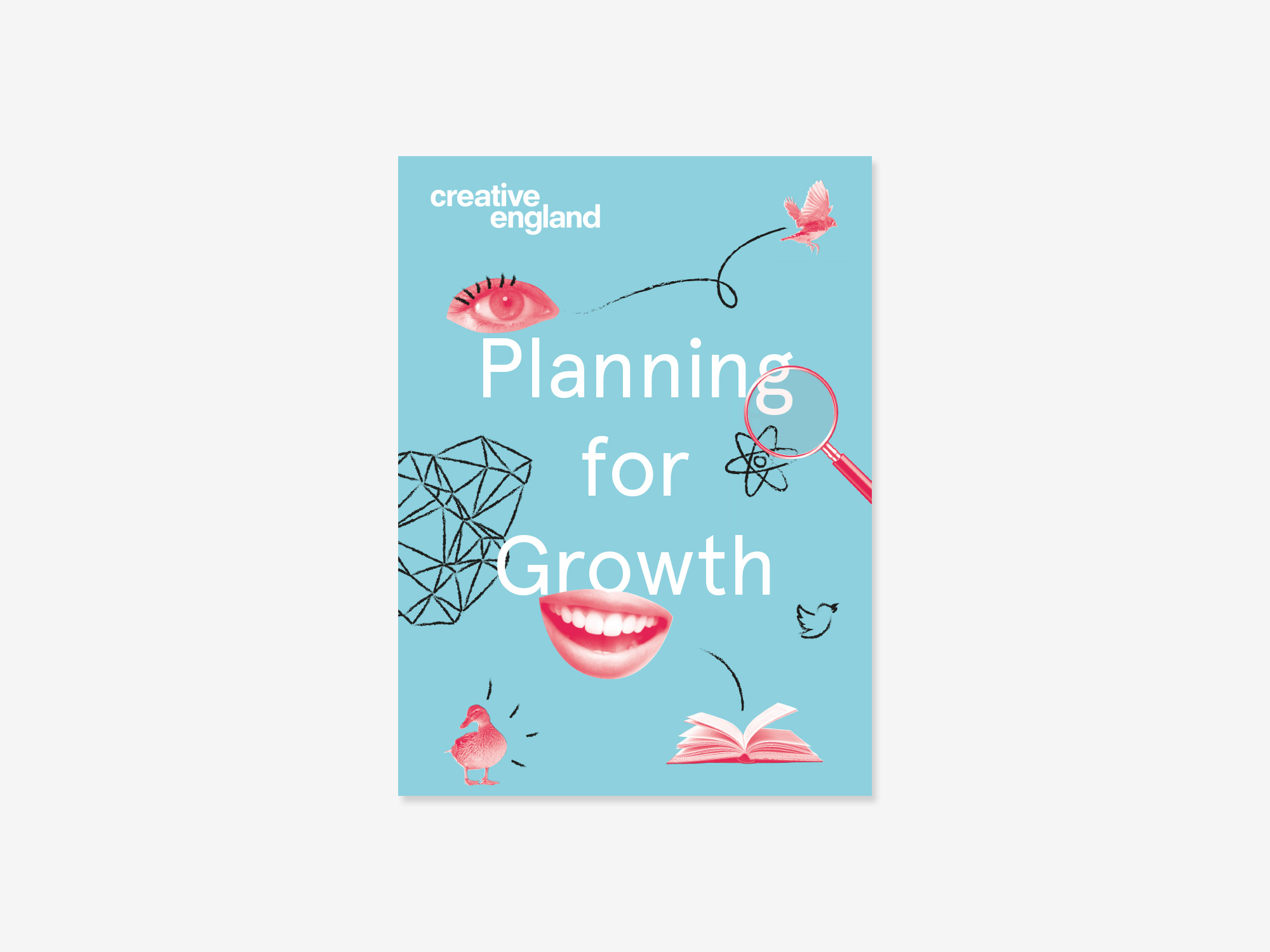 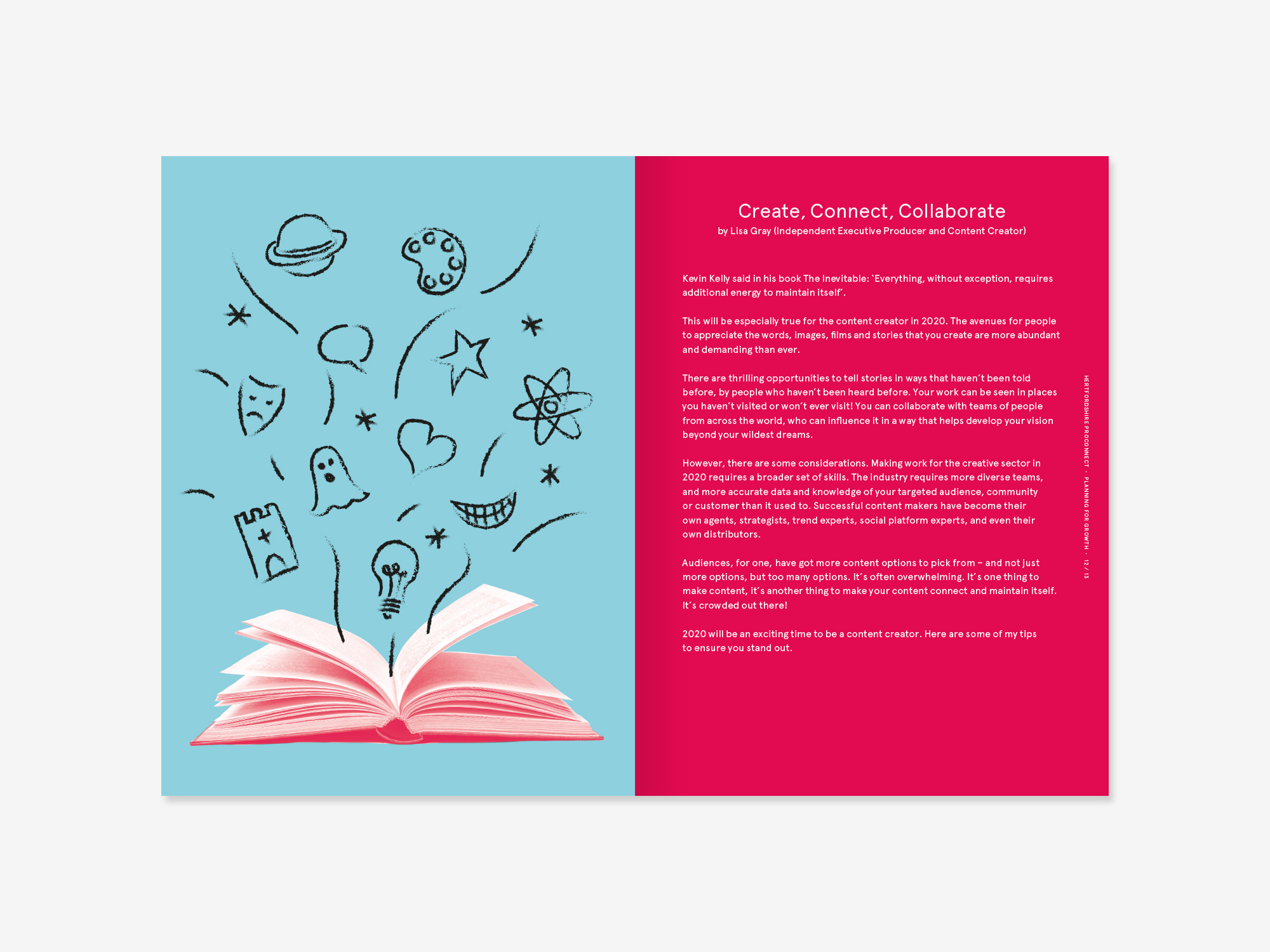 Clever and curious the Sage consumer needs to hear from a brand that makes them think a little differently. Instead of selling a product or service, sell an idea, purpose or principle that is grounded in bettering people or places.

If you’re feeling a little more Zen and thinking your brand could benefit from a little more conscious thinking, then here’s a few tips to move you there:

How to brand a Sage:

• Strip back your key messaging to your core principles and not the product. New hoover with more battery life = more time spent with family and less time on housework, you see?

• Creatives shouldn’t be obvious or even feature the product where possible; symbolic imagery is at the core of a successful Sage campaign.

• Have trust to make your tone of voice and language looser, even if it feels it could be teetering on the ambiguous.

• Remember that Sage customers think knowledge comes from growth, so convey the progress and lessons that your brand will teach – even if the link feels tenuous at first, build on this and create a story.

• Sage customers are deep thinkers, so don’t be afraid of going the whole hog, paint a picture for them to interpret, not a show and tell.

Need help with bringing your brand personality to life? Find out how we can support.