Amongst the 12 brand personalities, the Ruler has a presence. Without having to chink a glass or clear a throat, the Ruler commands attention with clout and confidence. With a keen eye for spotting the rumbles of chaos, the Ruler is a stickler for the rules, well, their rules. Maintaining the natural order of things is the cornerstone to the Rulers’ success; there is a distinct hierarchy – of which they are firmly at the top. Dominant, demanding and driven, the Ruler is perched on a pedestal of smug triumph, safe in the adoring gaze of their loyal subjects below.

Who other than the domineering Scotsman Sir Alex Ferguson should represent the pinnacle Ruler persona. For 26 years, Sir Alex lead the red shirts of Manchester United to 28 trophy wins and 13 Premier League titles. His rulership was fiercely competitive, with a hell-bent determination to win, and win again. Unlike other football managers, who looked for players already achieving greatness, under Fergie’s leadership the club’s signing were clever and tactical – choosing those whose talent could be cultivated, moulded into his own vision of success. As a Ruler, Alex Ferguson mapped his own route to victory, he set the standards and the expectations, and those who followed obediently, followed the man to glory. Like the best Rulers, after seasons of success the direction of Sir Alex became unquestioned – requiring no explanation other than, ‘the boss says’. 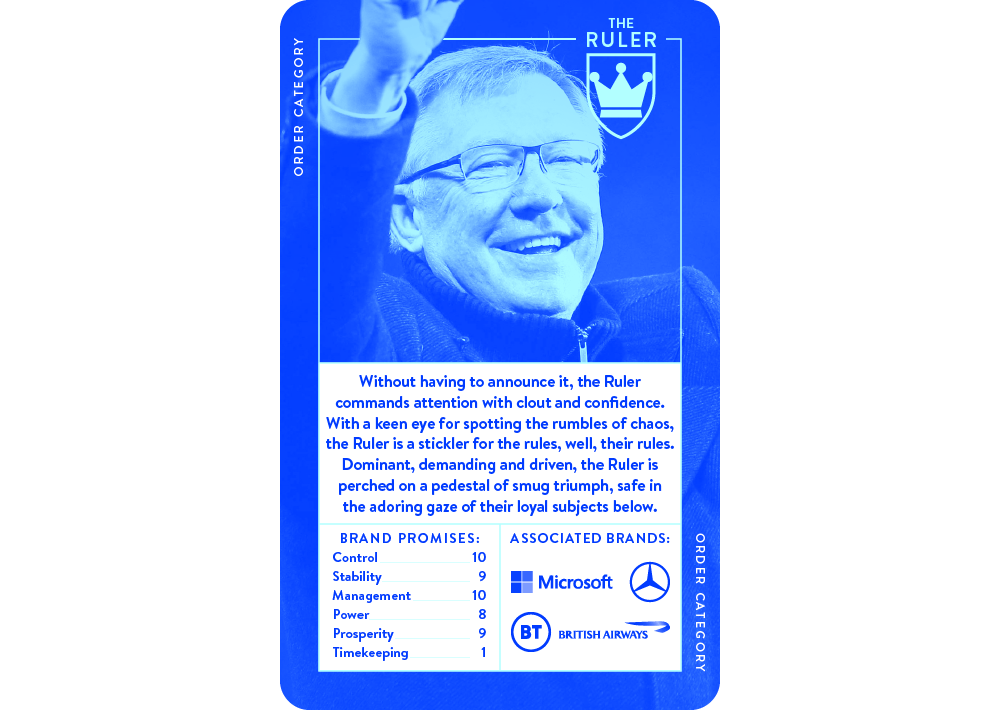 SWhen looking to brands who exemplify the Ruler persona, it’s unsurprising that most land in the more premium end of product and proposition. Those who can back their industry headship with more than just claims, but with the stature of their brand. Or those who say next to nothing – so confident in their consumers’ own perception of the brand’s unrivalled status, that they do away with seasonal campaigns and refreshed marketing messaging. Take Mercedes-Benz. These luxury car manufacturers are unapologetically sure of themselves. The Germanic stoicism is reflected across their marketing channels as they present product after product, each one topping the last. The only comparisons they set are with their own line of greatness, not with other industry influencers.

The latest release from Mercedes-Benz is showcased across their website in quintessential Ruler style. Each of the three new vehicles has been photographed in the style of an editorial fashion shoot. There’s a model with an accordion, there’s two high fashion models sat eating a high fashion picnic on the roof of one car and then there is a model donned in a kimono, his foot perched on a marble plinth. It’s all set against a hue of crimson red, unmistakably a colour pallet suggestive of power and position. All of this doesn’t really make sense, but it doesn’t have to. As a Ruler brand archetype, Mercedes align themselves with their consumers by illuminating their products as trend setting. The Tone of Voice used to craft the messaging around the campaign is decisive and loaded with instruction. ‘Push your limits. Or don’t’ and ‘Find your inner balance. Or don’t’ as consumers we’re given options, but only two. 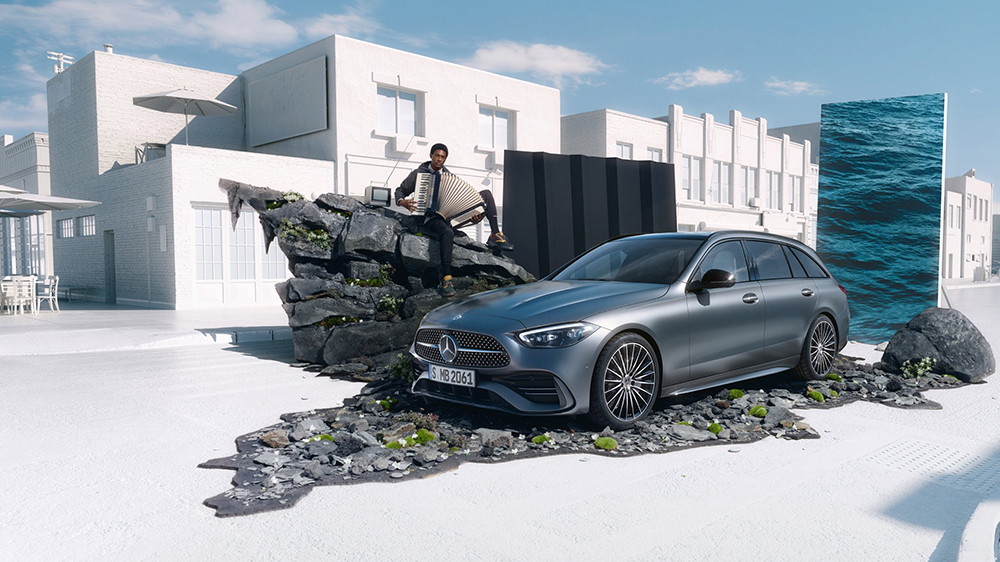 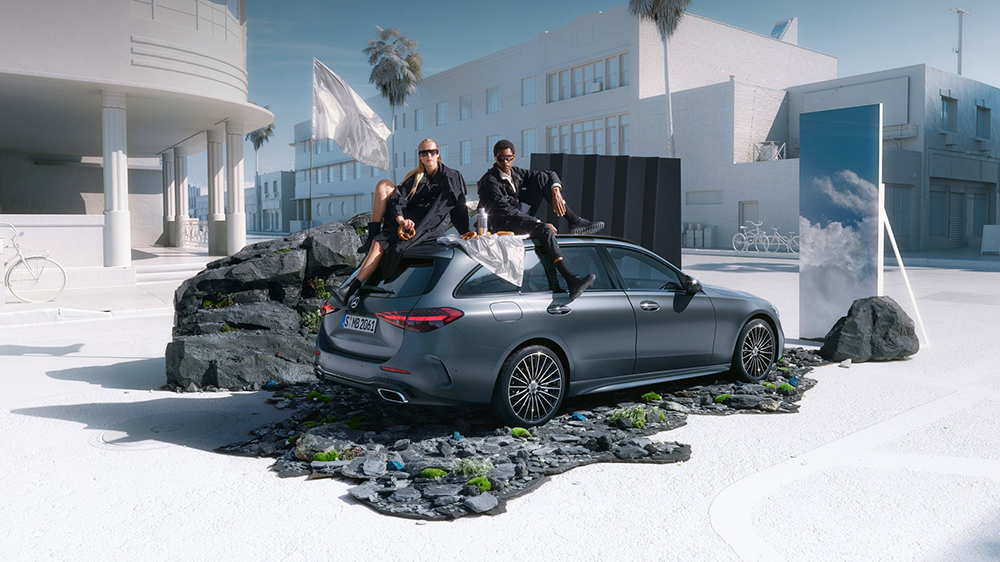 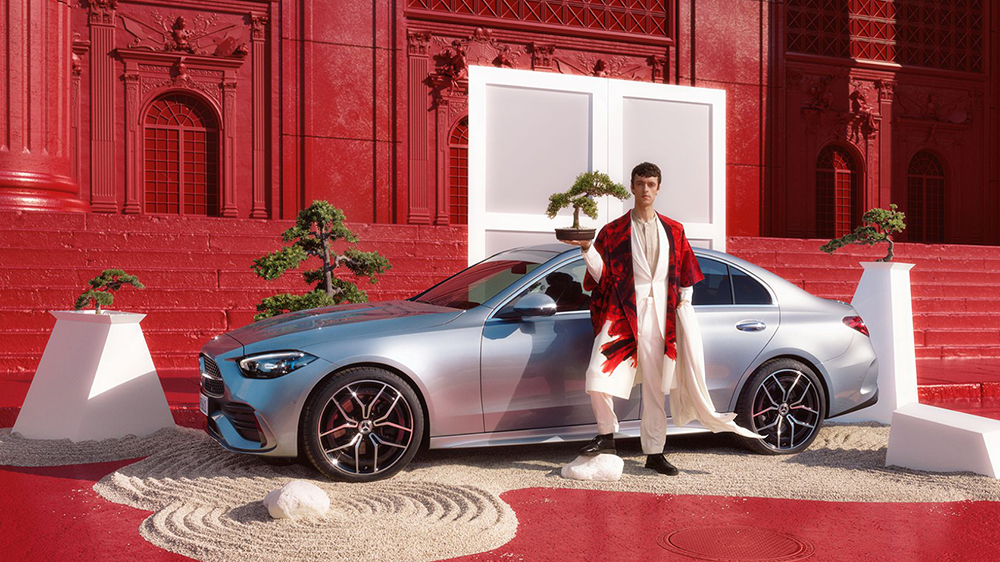 There’s a rigidity here that most brands would find limiting, but to the Ruler it’s all about structure, order and well-defined lines. Clearly there’s showmanship too, cockiness even. ‘Magic happens in your comfort zone’ a slogan reads, signalling to the viewer, reflecting the alpha dominance the audience likely sees in themselves, as well as the comfortable seats. It harks back to their 2017 ad campaign which saw a high-flying suited and booted CEO with the head of a male lion, attends endless board meetings, budget calls and magazine interviews. The pressure mounting, the lion headed alpha heads back to his Mercedes – greeted by mood intuitive lighting and back massaging seats. ‘Work hard. Rest hard’ – the message reads.

Microsoft is another brand with a long history of leading the way. Since the company’s inception, Microsoft have dictated the landscape of computer programming, and in 2020 – the year that changed the world, Microsoft’s rulership stepped up to the plate. Their Teams platform was already beginning the march towards remote working, but when the pandemic switched working behaviours online overnight, the brand was waiting in the wings. Each ad campaign addressed the new ways of working, learning, meeting, connecting. Integrating the creative style with popping illustration and demos of the platform itself meant that Microsoft delivered a proposition that connected with consumers about the current climate. Not just in an obvious, salesy way, but as a beacon of hope, an answer in uncertain times, a clear path towards some sense of normality. The slogans littered throughout their marketing messaging all play on the platform’s clever brand name, ‘Teams’. It’s connectivity and collaboration when it matters. Even the tiny logo, which now sits proudly at the bottom nav bar of most screens, visually represents what the brand promises: ‘More ways to be a Team’ because ‘nothing can stop a Team’.

Another brand who has harnessed the challenges of 2020 to cement their position of a Ruler is BT broadband. They launched a giant of a campaign that has crossed TV, radio, outdoor, print, social and digital. Targeting the digitally downtrodden, BT asserted their product and service as the one to be beaten with clever marketing that even introduced its own lexis. ‘Signal shaming’ is defined as having one or more colleagues berate you publicly for the quality of your Wi-Fi, a scenario demonstrated by pixelated Paula. This memorable campaign messaging works to create a trigger in the mind of the consumer. When Wi-Fi falters, the solution is narrowed, the solution is BT. Giving the campaign more clout is the brand promise of ‘strong connectivity in every room, or £100 back’. It’s to the point, and it exudes all the confidence of a brand leading the way.

It’s nothing new for BT either. In January of 2020, they coined ‘the future is ours’ campaign. It was a clever concept that this time didn’t focus on the product offering or service stature, but instead on their philanthropic investment in the future. By giving ‘5 million kids the tech skills they need’ BT were laying the foundations for the next generation of technical experts, giving them the tools to invent the next big thing, to become the Rulers of tomorrow. And when their energic lightening style logo appeared onscreen with the messaging ‘Beyond Limits’ you probably agreed. 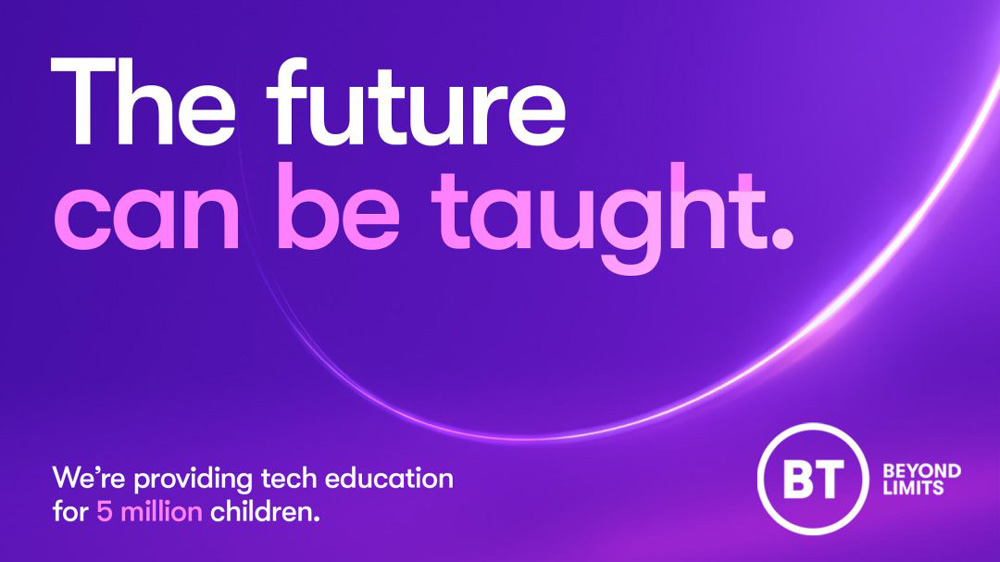 Flying high on their heritage as a long-standing Ruler of the skies is British Airways. In 2019 the airline celebrated their 100th birthday, a cause that warranted some heavyweight campaigning. To mark the centenary, the brand launched a star-studded campaign; an ode to modern Britishness and national pride. As a Ruler brand the company aligned themselves with more than just product or promise, but an idea. Avoiding tropes of tradition, the brand sought to showcase their legacy not in what they have already done, but in what they are doing. The idea that they are, and always will be, a reflection of the Britain that made them, however different that might look at the turn of their century. From astronaut Tim Peake to Sir Captain Tom Moore, British Airways used their Social channels to anchor their brand to the very best of Britain, soaring their brand perception as one of Britain’s best.

At Glorious, our branding powers have helped several clients deliver their Rulership with rigour. As an international energy company, Clarke Energy operate across 16 territories. They approached our team looking for a cohesive global rebrand; no mean feat for a company with a thousand strong workforce. From vehicle signage to high-vis jackets, from printed literature to website UX, every element of this multi-faceted branding projected needed to reflect Clarke Energy’s corporate ethos of ‘a no-nonsense company that gets the job done’. The deliverables needed to stand for strength, authority, reliability and integrity. And so, with a bespoke, stencil typeface designed by the Glorious team, we began to iron Ruler qualities into each element of the visual branding. The slogan, ‘Engineer. Install. Maintain.’ was brought to life with imagery that reflected the brand’s robust experience in the industry. And harnessing insight gleaned from cross-territory research meant that the branding was decidedly as convincing in the UK as it would be in international markets. The full rebrand was executed across the business’ global assets, delivering a new energy to their Rulership. 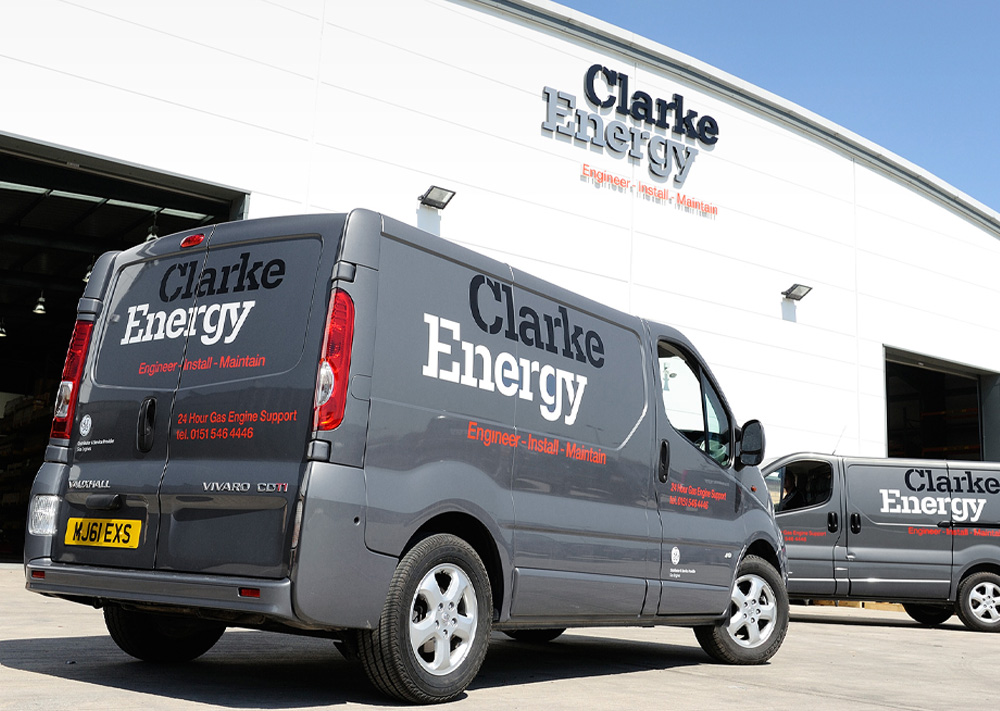 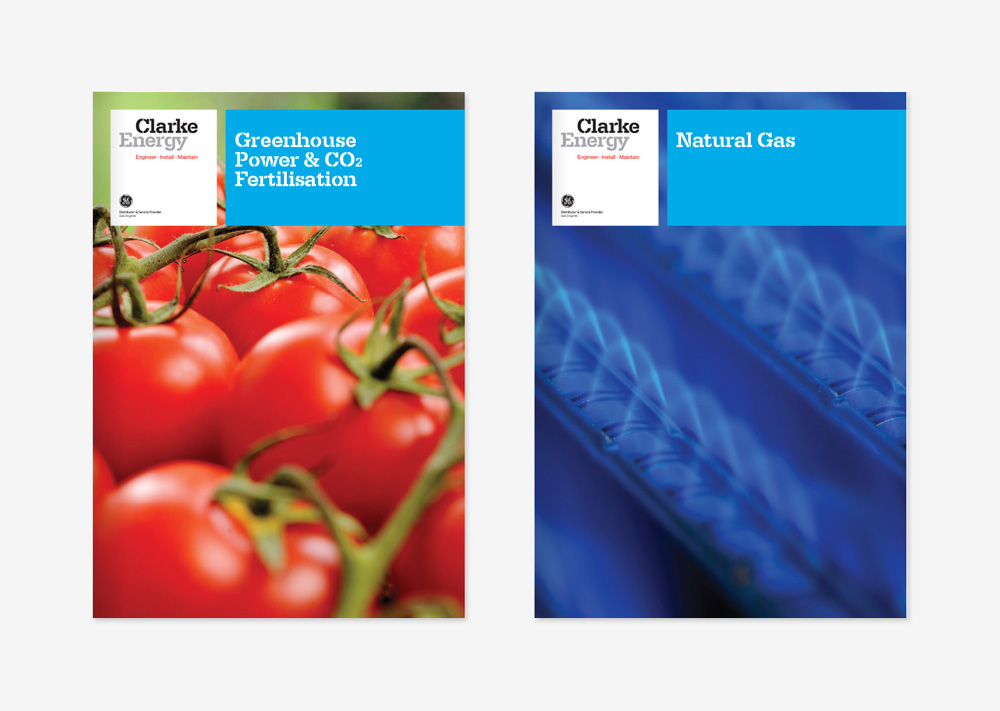 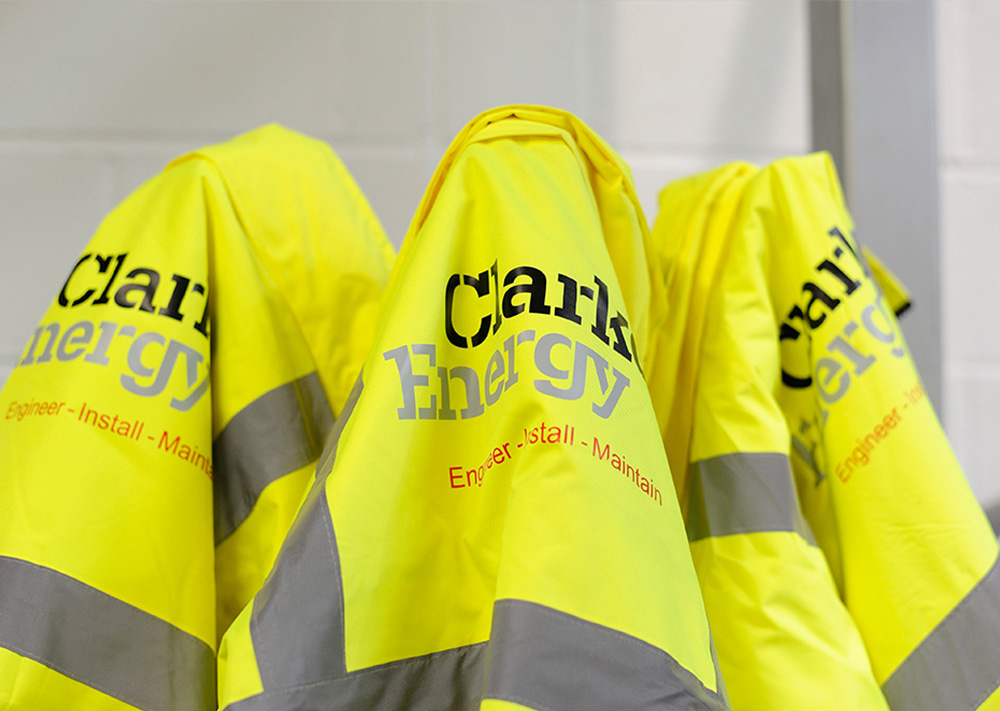 Balfour Beatty Investments are a £10 million company, who also sought out the branding expertise of Glorious. Working across 8 core markets and employing 1,500 staff members on highly confidential investment projects meant the company needed a more holistic approach to some of the key elements of their proposition. Rebranding these fundamentals would help to ensure that everything from pitching materials to reporting templates was unmistakably BBI, unmistakably the Rulers of the investment industry. The team at Glorious delivered on almost 600 highly confidential design projects, helping Balfour Beatty to maintain command and control, going from strength to strength.

So, if we’ve left you itching to start your own dominion and seat your brand firmly at the top of law and order, then you can start by following our simple tips on branding a Ruler:

• As a Ruler brand, confidence, clout and commitment to the cause is key. That premise extends across all branding and marketing outputs, from the target audience – knowing who you’re talking to and why – to the assets put out across your channels.

• Since Rulers are often on the premium end of product and proposition, ensure what your brand offers is quality, and ideally – the best of the best in some way or another. This allows you to hinge your messaging on the tangible brilliance of your brand.

• Don’t rely on the obvious – as a Ruler there’s a certain degree of setting your own standards, and sometimes that means you don’t have to spell it out. Align your brand with more than a product, but the idea of greatness, the idea of winning, even if there’s only you in the race.

• The creative style of Rulers can often be defined as being conventionally ‘masculine’, with strong, sturdy typography style and colour palette that’s unapologetically bold and commands attention.

• Tone of Voice for Ruler brands should be instructive and definite – often they don’t ask, but tell.