The Rebel archetype clambers and climbs amongst the 12 brand personalities, hell-bent on finding an elevated podium from which to command the room. To most, a lamppost serves only as street lighting and the occasional Singing in the Rain rendition; to the Rebel it’s a stage, a flag post, a mast from which to hang their doctrine. Very much with a cause, the rebel is brave, bold and at times just a little too bolshie.

Greta Thunberg was a name not known by many two years ago, fast forward to now and the girl of just 17 has led the crusade of a generation. Marching through cities across the globe brandishing placards that read ‘there’s no plan(et) B’, this youthful messiah of climate change action has challenged world leaders way beyond her years. When enough is enough, the line is drawn and there’s no going back. Actions certainly speak louder than words for the Rebel, when with an absoluteness they decide to change the world. 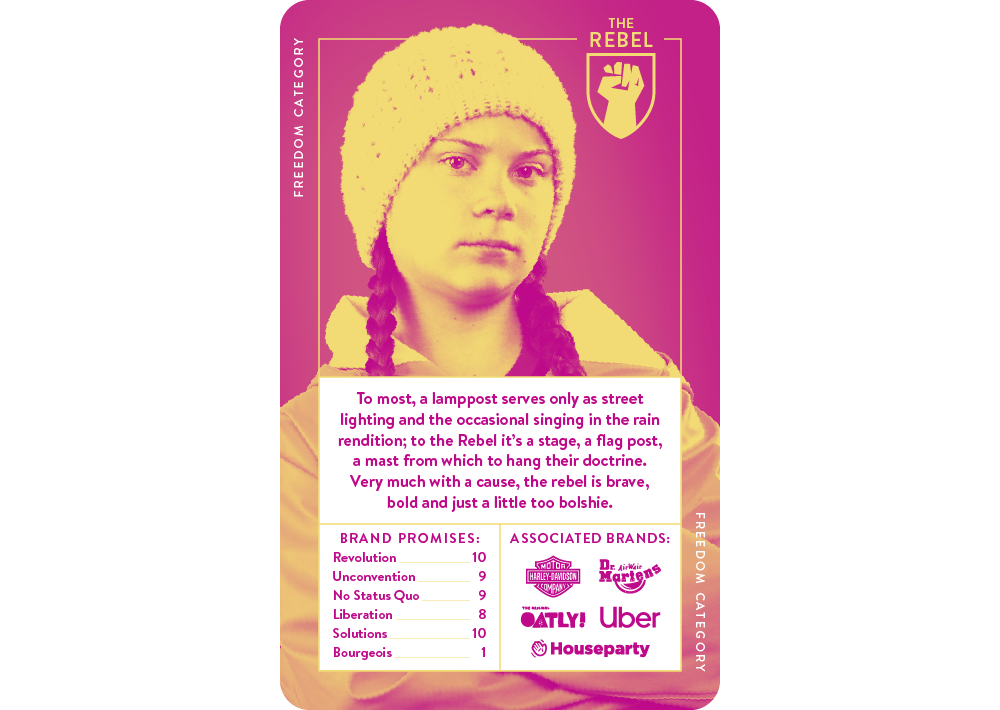 For brands looking to align themselves to the Rebel cause, first there is a decision to be made. Something is wrong, not just wrong in a way that is fixable, but unequivocally, permanently broken. But here in lies the skill of the Rebel, for all their promise of anarchy, revolution and riot, more often than not, it’s the ‘why didn’t I think of that’ type of life’s problems they choose to fix.

Taxi is one of the only globally, universal words. But then along came Uber and suddenly it was their namesake we were flagging down in the street. The brand succeeded in creating an app that was so functional and user-friendly that it wasn’t just the early-adopter consumers that took to using it, but older generations too could be convinced that this was simply a better way of doing things. The rebels at Uber gave us clear, concise branding that wasn’t off-putting as too techy or complicated, with clean graphic design they created virtual roads and small-animated cars to tell you exactly how far away your ride is, how long your ride will take and how much it will cost. As rebels, they took away the guesswork and gave back consumer control in an industry that had previously been riddled with inconveniences: soaring metres, hand written receipts, no way of tracking arrival or journey and having to play mediator between a central switch board and the driver. The clever four-letter brand name is concise enough too, it seamlessly became a noun in our vocabulary, taxi became Uber and is on it’s way to becoming just as universally understood. 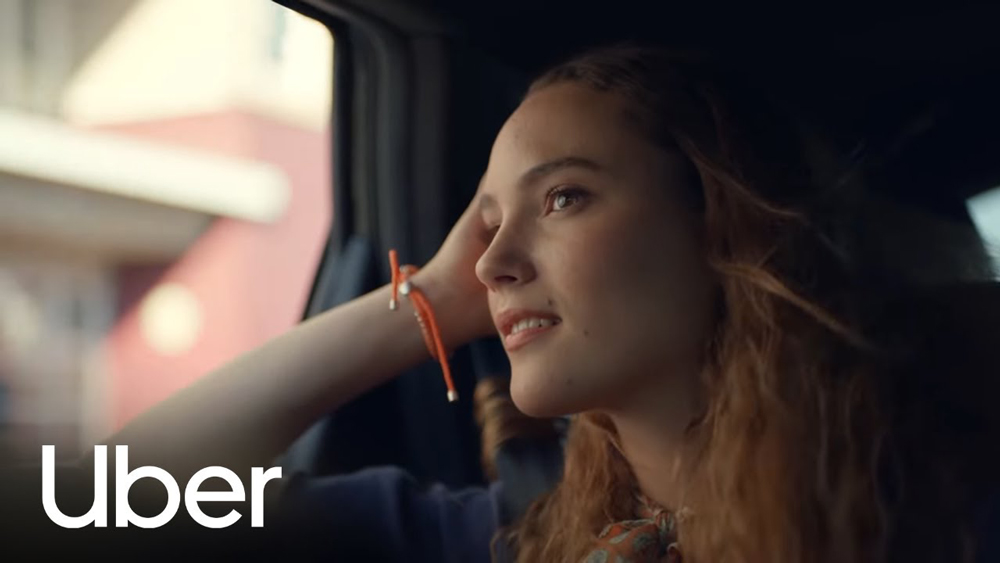 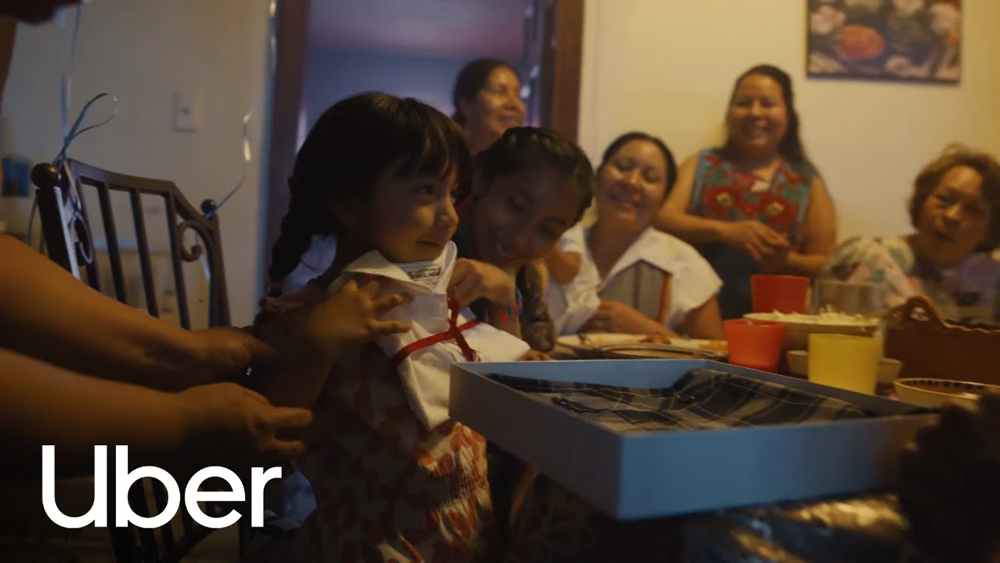 Lactose or non-lactose might not feel a particularly charged question but there is a brand that has made it their battle cry. Oatly is the dairy alternative that has become just as much a movement as a product; ‘something grand for the planet and the people who live here’ the tagline they go by. Oatly created a visual brand that’s all about honesty, about telling the customer everything and when their ingredients list is – well, oats, they had the scope to go all out rebel. They printed reviews like ‘blah – tastes like shit, doesn’t even taste like cows milk!’ on the back of their packaging, sarcastically warning consumers, ‘this is not cows milk.’

Recently, they added the climate footprint of each carton to the front of their packaging and rallied for rest of the food industry to do the same. Their outdoor advertising fills giant billboards (which in a world of trackable digital marketing is pretty rebellious in itself) and just wrote, “You actually read this? Total success.” alongside a picture of the product. With such a strong brand identity, Oatly have become about much more than their products, they are company on the side of the people, campaigning to make a difference whether the cause is Veganuary or the polar ice caps. 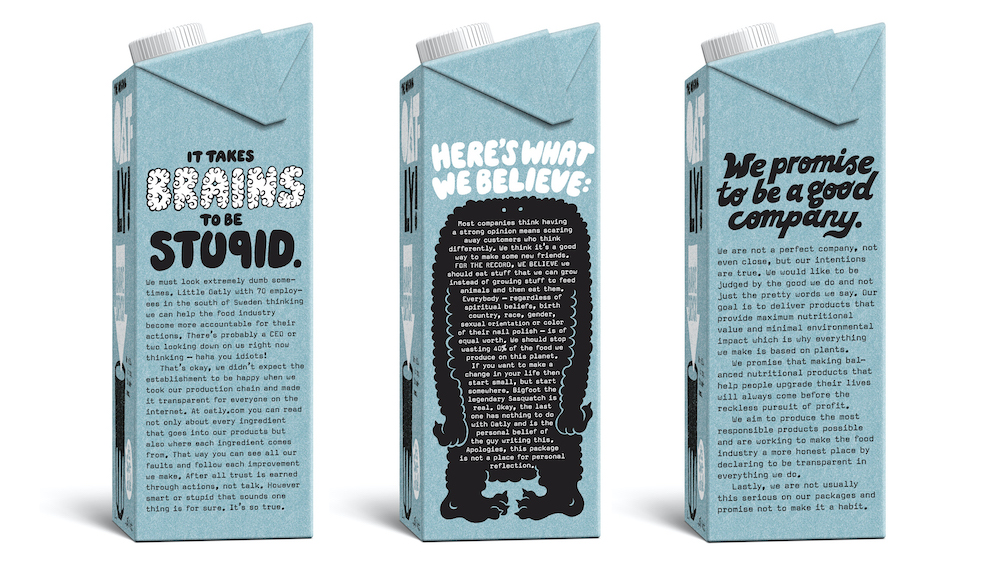 It is often in conditions of turbulent change from which a new Rebel brand will emerge. Take yourselves back to the endless Zoom calls that filled the months of March and April. As we all learnt to socialise virtually, there was a brand waiting in the wings that delivered some of the spontaneity back into how we interacted with friends and family. House Party was the one-hit wonder that entered lockdown lives pinging notifications in its tongue-in-cheek tone of voice. ‘John’s in the house!’ it’d read at 9:23am on a Tuesday morning, and off we’d go at no notice to speak with eight friends, all together. House Party answered our need for social connectivity in a time when that luxury was removed, they made it easy, convenient and reactive for us to reach friends on and off throughout the day without scheduling a time or distributing a link. 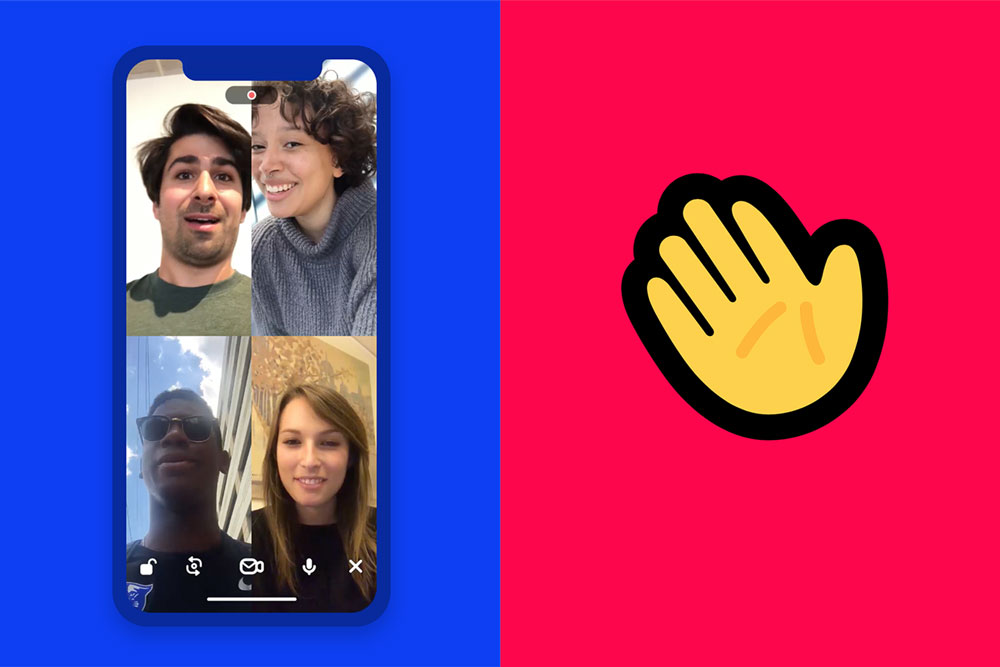 Now cue to the action: a group of motorcyclists make their way through foggy inner-city streets and tunnels. The advert is set to an audio of a monotonous set of robotic instructions: ‘check emails, skim headlines, be generous with likes, use auto-send for flowers, use auto-send for birthdays, use headphones, keep scrolling’. As the bikes near the end of the tunnel: ‘do not engage your heart, your mind, don’t blink, don’t think’. Once they emerge into the blue sky, the haze is lifted and the robot’s mundane checklist stops, the riders’ breathing becomes audible through the helmet. Harley Davidson tells their audience, do not comply, do break the mould, always be free. After all, their winged orange logo is the one stitched to the frayed denim of Hells Angels everywhere, and you can’t get much more badass than that.

With a marketing campaign hashtag #ToughAsYou, here’s another quintessential rebel brand. Through generations Doc Martins have closely aligned themselves with the cultural movements of rebellion and anarchy: mods, punks, rockers, skinheads  – they’re a brand that’s seen it all. At the very core of their brand identity is an openness that welcomes difference, minority, and challengers of the status quo. By ensuring they are always culturally relevant to outsiders, Doc Martins have made commerce a by-product of their brand engagement, rather than vice versa: they stand for something more than just boots with yellow-stitching. And each year, the movement grows as a new generation don their first pair and become part of the history. We can’t predict exactly what future anarchists will look like, but if we were to hazard a guess it’s likely they’ll march behind Greta with their vegan Docs tightly laced. 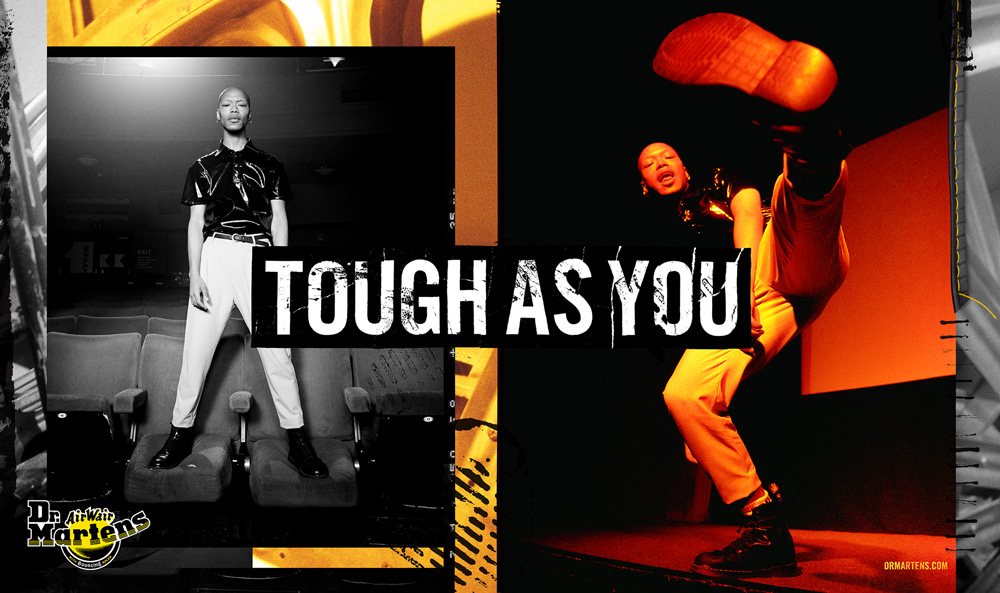 At Glorious, we’re well versed in brands looking to disrupt the market. Collctiv is the brainchild of fintech experts looking to provide a smoother solution for friends paying into a shared pot for occasions like hen and stag do’s. No longer would one nominated organiser be responsible for receiving the attendees’ respective sums and separating it from their own regular income, but instead each person pays into a digitalised ‘kitty’ in less than three taps, without having to download an app – pretty rebel-like, right? 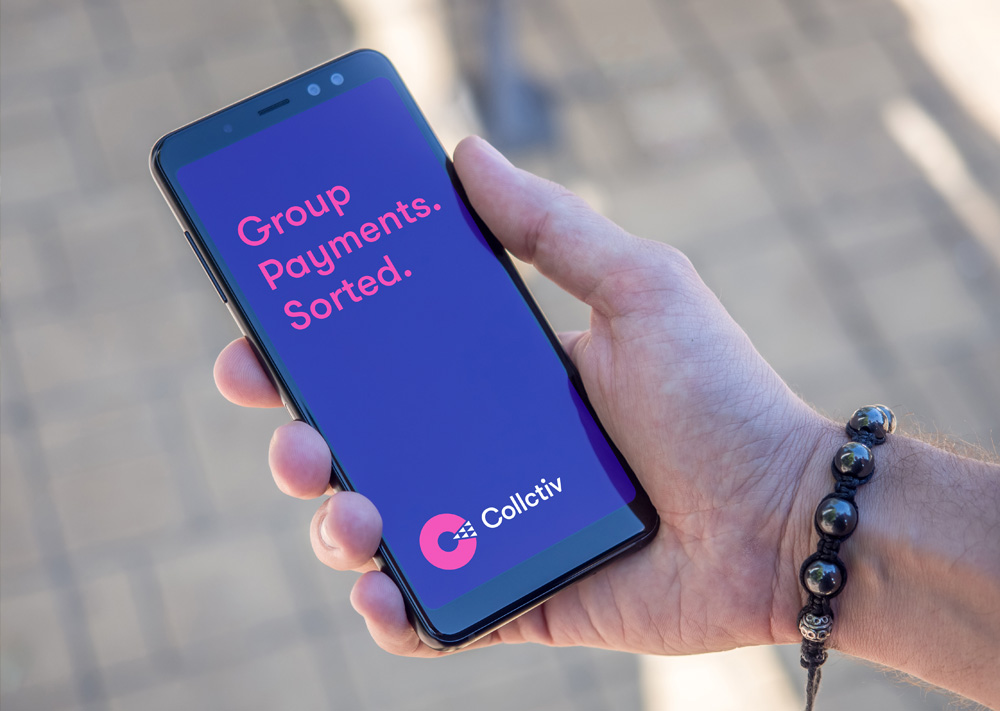 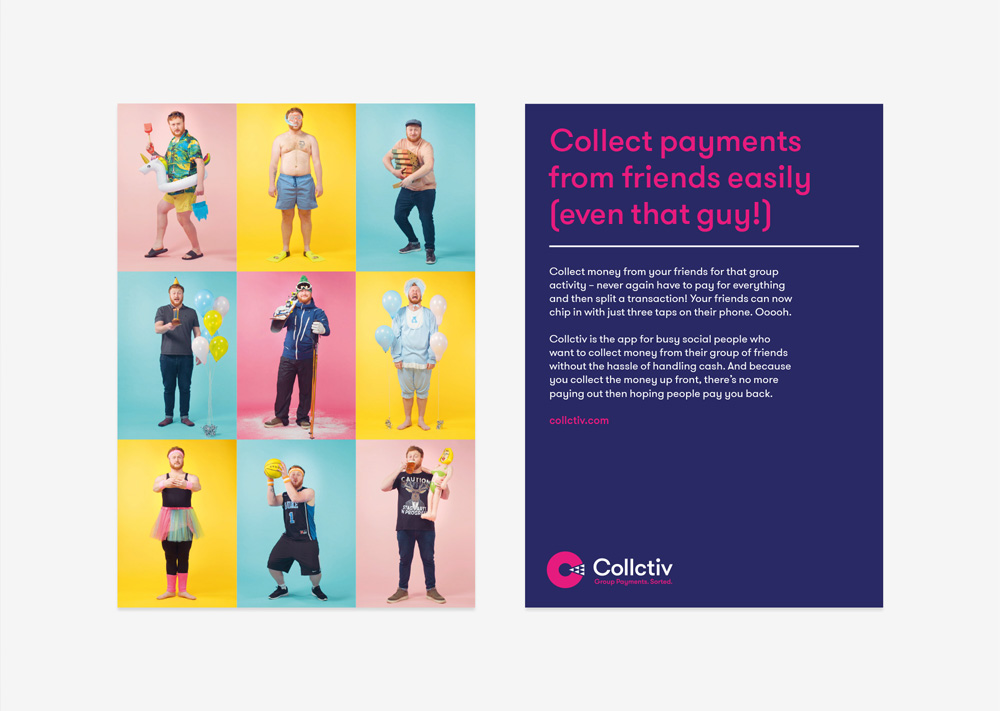 Together with the brand, the team at Glorious coined the brand name Collctiv, the idea being included, to play a part in doing something differently, to be part of a group, brought together by more than just collecting cash. The logo too reflects visually both the concept of the product itself and iconographic triangle shapes represent a unified movement, Collctiv is collective. And with a tagline ‘group payments: sorted’ you have quint essential Rebel: a problem solved, an inconvenience handled, simple.

When the rebels from Manchester Confidential approached our team looking for a Sales Presenter and Media Pack for their expanding workforce (who work to acquire new restaurant partnerships) we were tasked with distilling their unconventional tactics into the outputs. Known throughout Manchester for their no-nonsense, tongue-in-cheek and let’s face it, sometimes brutal opinions on the city’s food and drink industry, we needed to create resources to match that level of bolshiness. Armoured with messaging that reads ‘Inform, educate, entertain and irritate,’ they left well equipped to lead their rebellion. 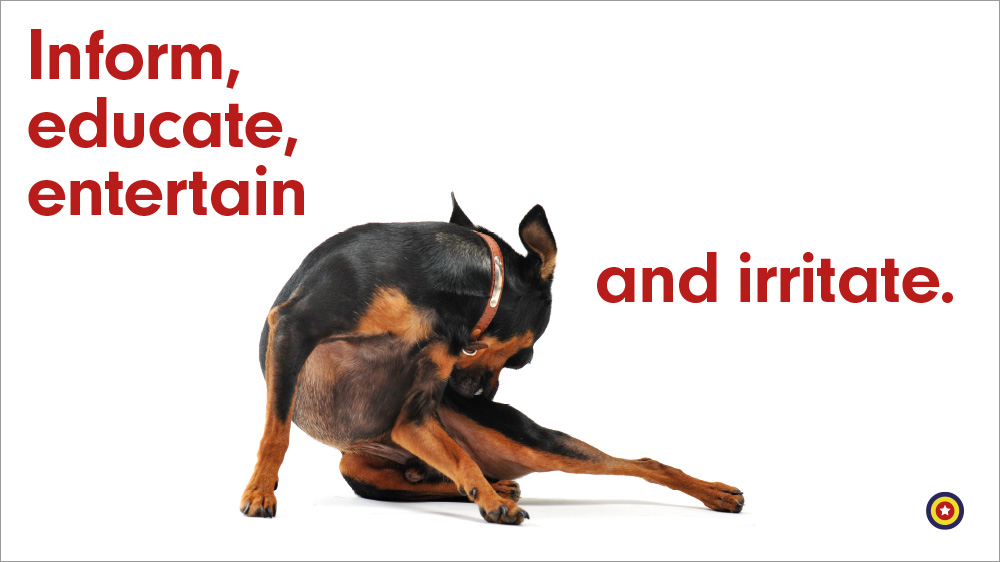 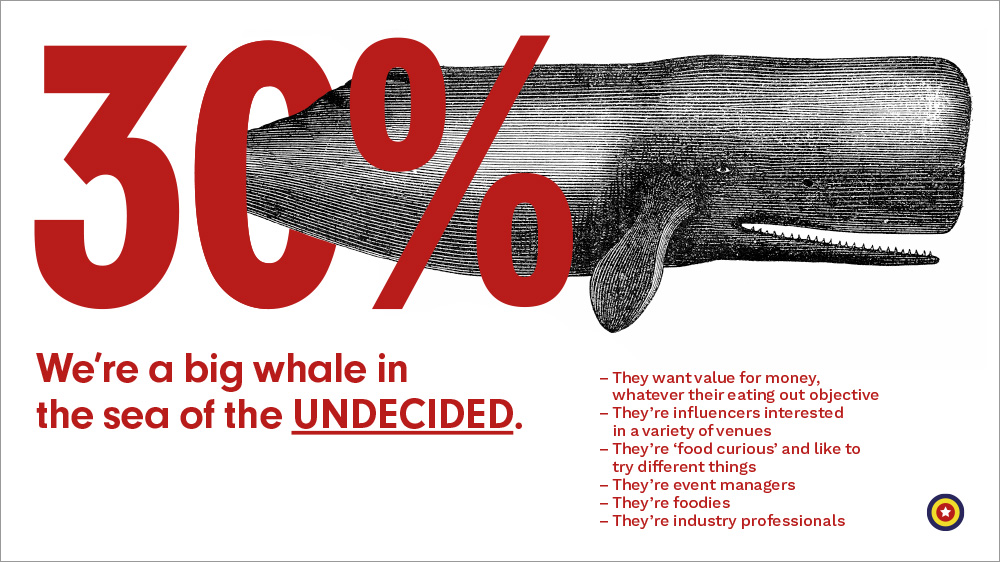 So there you have it, Rebel brands are certainly the shepherds. Trailblazers yes, but it’s often the well-trodden path they seek to re-pave with their own script. So if you’ve got a problem to solve or a mould to break, here’s our Rebel brand starter-pack:

How to brand a Rebel:

• Although not all brands require the tough exterior of a Rebel, it’s important to make the distinction between you and everyone else through your branding. Rebel brands are quintessentially about disruption of the status quo, so evidence this visually.

• Core messaging must communicate a solution to a problem, even if it’s one the consumer isn’t aware it’s one that needs solving.

• Tone of voice should be authoritative, confident, and kinetic; it should mobilise a different way of thinking within your target audience.

• Rebel customers are motivated by being able to lead the change, they’re often the first to adopt a new consumer habit, so brands need to offer a concept that is empowering to them, think market disrupters like Uber and AirBnB.

• Don’t over think it: the power of a Rebel brand is that they are effortlessly cool yet almost rather obvious with their proposition. A phone case with built-in nail vile, corkscrew and haberdashery kit is not so much Rebel as just unnecessary – you get the idea.